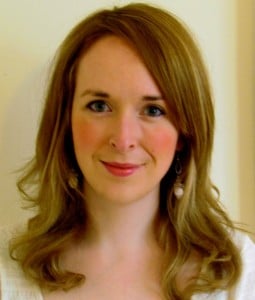 Byrom: charging could have drastic implications

Nearly a fifth of not-for-profit legal advice centres are planning to charge for services as a strategy to survive cuts in legal aid, a study into the impact of the reforms has revealed.

But the study, by University of Warwick Centre for Human Rights in Practice researcher Natalie Byrom, in conjunction with legal aid and social welfare law website ilegal, found widespread fear of redundancy across the sector.

The survey was carried out during February, just before the civil legal aid cuts in the Legal Aid, Sentencing & Punishment of Offenders Act 2012 (LASPO) came into force on 1 April. Some 674 individuals working in legal aid-funded civil law participated. More than a quarter (28.8%) reported they were at risk of redundancy.

Nearly one in five (17.7%) of not-for-profit sector respondents said their agency’s funding strategy after the legal aid cuts included a move to charging for advice. This has been possible since restrictions on charging by in-house lawyers employed by not-for-profit organisations were finally lifted at the end of February as part of the Solicitors Regulation Authority’s red tape challenge. The Legal Services Board has pressed hard for the change.

Ms Byrom said: “Depending on how this is implemented, the move to a charging model could have drastic implications for the sector and the individuals it currently serves. For many not-for-profit providers, this would mark a departure into unknown territory.”

In other findings, the survey found that areas outside of London and the south-east would be disproportionately affected by reductions in legal advice services – reinforcing warnings of ‘advice deserts’.

More than half of respondents who said their service was “very likely to close” this year were from the north of England. The midlands, south-west and Wales are also thought to be similarly affected.

Among advice workers most likely to be made redundant, highly-qualified women are expected to be disproportionately at risk. Of those workers who have worked in the sector for more than eight years and hold the highest qualifications, more than two-thirds are women but comprised 87.5% of those who reported being at risk of redundancy.

But the study found signs that the dedication of those working in the not-for-profit sector could prolong its survival in some form, even without public funding. It quoted one survey respondent as saying: “LASPO is a disgraceful piece of legislation. I will continue to support my clients through community groups and activism. Leaving them without the advice they desperately require is unconscionable.”

In a foreword to the study, ilegal’s Patrick Torsney and Colin Henderson said: “Whatever your views on the coalition government’s austerity agenda, it is now abundantly clear that equality before the law is no longer a statutory principle of our society. The likely impact on social cohesion of both welfare reform and turning the justice clock back to the pre-Beveridge 1940s will be profound.”

They added that the LASPO cuts represent “the end of many of the careers of those who have dedicated their lives to working for fees that have been kept static for two decades” and squander “precious resources built up over 60 years of consistent public funding of legal advice”.