Survey highlights communication gap between conveyancers and their clients 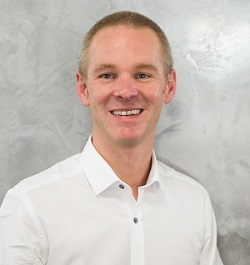 Almost half of conveyancing clients complain of a lack of communication during the process, while two-thirds of conveyancers believe they keep consumers fully informed, a survey has found.

Some conveyancers are finding ways of bridging the gap, with the proportion using online portals growing from 4% to 15% in three years, and the share of consumers receiving texts or instant messages rising from 6% to 11%.

However, a majority of home-movers (55%) were left frustrated by a lack of control in the conveyancing process, according to a survey of 1,000 UK consumers by conveyancing software company InfoTrack.

Nearly half of them (47%) wanted “regular digital communications” from their conveyancers, while more than a third (36%) also stated they would like the ability to track the progress of their transactions, including searches.

Nevertheless, once the ordeal was over, 86% of consumers agreed that their conveyancer at least did what they expected him or her to do.

Adam Bullion, general manager of marketing at InfoTrack, said the underlying issue was the way the word ‘service’ had changed.

“Conveyancers may see service as a phone call to their client every day, or two days, but the word ‘service’ has evolved.

“It’s not about getting something to the client as quickly as possible any more but managing client expectations, and especially access to real time information when they want it. This is what service has become.

“Conveyancers need to be more open-minded about using technology, whether in producing case management updates or offering quotes very quickly.”

Mr Bullion said research had shown that 60% of home-movers went with the first quote they received, but some would pay a premium for a better level of service.

“Our biggest problem is the aversion of conveyancers to change. They’re often too busy to think about it.”

Scott Bozinis, chief executive of InfoTrack, added: “In a world where you can control your entire home from a smartphone, there is a need for conveyancers to use digital technologies to reshape how they work and how they engage with clients.

“This isn’t about changing the process, but about meeting the expectations of today’s mover and reaping the rewards of increased satisfaction.”