Survey: ABSs will be better for clients than for the future of traditional law firms 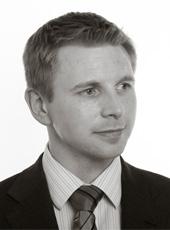 Alternative business structures (ABSs) may be bad for traditional law firms, but they will have a positive impact on clients, a snapshot survey of small firms has found.

This is even though the firms polled believed that new entrants will not provide the same quality or ethical standards as traditional practices.

According to Andy Poole, legal services director at accountants Armstrong Watson, who conducted the survey, “many responses stated that although they expect a negative impact on the market as a whole, it would not impact their particular firm”.

He said: “This begs the question of whether law firms are doing enough now to embrace the changes that are already open to them.”

Two-thirds of respondents said ABSs will have a negative impact on traditional firms – with pressure on fees leading to an increase in consolidation – but were split on the impact on clients, with 40% saying clients will benefit from lower prices and streamlined services.

Half of respondents said service from new entrants would be lower, citing a lack of face-to-face contact with the client and that the level of service will be tailored according to the fee.

Nearly two-thirds thought ethical standards in new entrants would be lower, particularly as “non-lawyers are unlikely to appreciate the extent of the regulatory framework within which they have to operate”, the survey found.

Three-quarters of firms are considering changing the way they provide services in response to the Legal Services Act, generally by achieving efficiencies through IT systems and new working practices. Also, firms are looking to introduce fixed fees for certain types of work and expect to spend more on marketing.

Most respondents saw only a limited role for external investment in the law, with the focus likely to be on “certain work types where the appropriate trading and operational structure is in place and where there is no reliance on key people”.

“Other comments acknowledged that traditional law firm partnerships provide very little in the way of return on investment once the high level fee-earners have extracted their drawings,” the survey said.

At the same time, respondents were again more positive about the prospects of their own firm attracting external investment, said Mr Poole “We hope the optimism shown in their own fortunes isn’t misplaced.”

More than a third (37%) either had appointed or were considering appointing a non-lawyer owner, and nearly half are thinking about changing their trading structure.

Armstrong Watson polled 36 firms, of which nearly half had two to five partners and were mostly located in the north of England.