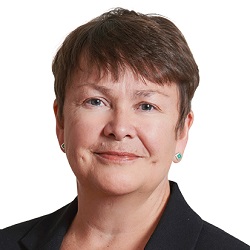 A Surrey law firm has been ordered to pay more than £800,000 in damages for negligence after failing to tell its client that part of a property he thought he had bought had been retained by the seller.

Vincent Maloney only became aware of the error by Mundays when he tried to sell the property – a Budgens store in Ascot – 11 years later.

Mr Maloney bought the store in 2006 for £2.1m, including the property and fixtures and fittings, but discovered in 2017 that his company had not purchased the whole of the land.

He reported the error to HM Revenue & Customs, paid the outstanding tax and also interest of £18,440.

Last month, a few day before trial, Mundays admitted failing to advise Mr Maloney that an area of land was to be retained and understating the purchase price on the SDLT1 form. Though the contract claims were time-barred, it admitted that the tort claims were not.

In her ruling following the trial on causation and loss, Elizabeth Jones QC, sitting as a deputy High Court judge, found that Mr Maloney would have insisted that the retained land be included in the sale and that the vendor would have included it.

Despite Mundays arguing that the judge should find no loss, Ms Jones QC considered £800,000 Mr Maloney paid to be “good evidence of the diminution in value assessed in 2018 arising from the exclusion of the retained land”, and awarded damages in that amount.

The judge rejected the argument that Mr Maloney should have checked the completion statement and realised that the wrong price was on it. Mundays did not ask him to do so and it was not submitted that Mr Maloney was under any duty to do so, she noted.

She found the loss caused by the tax error was £6,570, the difference between the interest charged by HMRC and the interest saved by Maloneys on its debit bank account by having the extra £40,000 for 12 years.

In March, listed law firm consolidator Knights announced that it was buying Mundays for £5.3m.