Surge in number of freelancers as solicitors reach for the STaRs 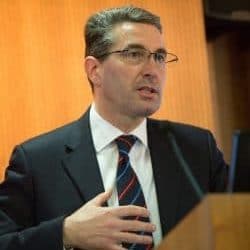 The number of freelance solicitors has risen by more than a third since April to 413, research for the Solicitors Regulation Authority (SRA) has revealed.

A report on the impact of the SRA’s Standards and Regulations (STaRs), based on responses from over 3,000 solicitors, also found that more than half (54%) believed the changes had given them greater flexibility in the way they worked.

The STaRs, introduced in November 2019, allowed solicitors to work freelance and practise as solicitors from unregulated firms for the first time.

Researchers from the Centre for Strategy and Evaluation Services found that freelance solicitors were more likely to be male (61% compared to 48% in the profession as a whole) but less likely to be White (72% compared with 83%) than other solicitors.

Less than a third of freelance solicitors had previously worked in law firms regulated by the SRA – 62% compared to around 80% for solicitors generally. A fifth of freelancers (21%) had been working in-house, while 10% had been non-practising solicitors.

The most popular area of work for freelance solicitors was commercial work (34%), followed by private client (17%) and litigation (16%).

Researchers said freelance solicitors struggled to find indemnity insurance, with a few being forced to operate without it, having informed their clients.

“To date, the small number of freelance solicitors means that the market for insurance is not particularly lucrative.

“However, as the number of freelance solicitors steadily grows, it may be the case that more insurers consider serving this market and become better able to assess the risk.”

The benefits of being freelance cited most often were more independence (48%), a better work-life balance (48%), practising more flexibly (39%) and reduced operating costs (31%).

Elsewhere in the report, three-quarters of solicitors said they were familiar with the STaRs, which were introduced in November 2019.

More than half (54%) said the new rules provided greater flexibility, while 37% felt that new flexibility had helped them cope better with the constraints brought in by the pandemic.

Only 20% of solicitors thought that the STaRs were “more burdensome” to comply with than the previous rules.

Researchers said data on the number of practising solicitors in unregulated firms providing services to the public under the STaRs was “not currently systematically captured by the SRA”.

However, of the 224 solicitors in unregulated organisations that responded to the survey, 39 reported that they provided legal services to the public.

A further 14 solicitors “indicated that they were either planning to do so or might do so in the future”, suggesting that “around a quarter of solicitors” currently working for unregulated organisations “are, or are potentially considering, providing services to the public.”

The new accounts rules received a vote of confidence with 56% of solicitors describing them as “reasonably clear” compared to only 13% who regarded them as unclear.

Paul Philip, chief executive of the SRA, commented: “We are pleased to see that the majority of the profession have not only found the transition to the new rules largely seamless, but that solicitors and firms are also beginning to take advantage of the flexibility they were designed to deliver.

“At a time when the Covid-19 pandemic has placed huge pressures on both consumers and law firms, removing unnecessary regulatory burdens and allowing solicitors to be more agile and adaptable in how they work day-to-day looks to have been of direct benefit to many.”