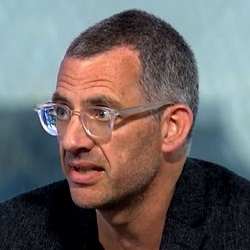 The Supreme Court has dismissed an appeal by a barrister against a £5,000 fine for contempt of court after he released a draft version of its ruling on the planned third runway for Heathrow airport.

Tim Crosland, director of climate change charity Plan B and a non-practising barrister, argued that his breach of the embargo should have been dealt with by the Bar Standards Board (BSB) and/or Charity Commission.

He reacted to yesterday’s ruling by saying he will appeal to the European Court of Human Rights.

Four Supreme Court justices held that the court had jurisdiction to hear an appeal against its own ‘first instance’ contempt ruling by a differently constituted panel of justices. Lady Arden dissented.

Mr Crosland argued that the right to fair trial in article 6 of the European Convention of Human Rights made it “impermissible” for the Supreme Court to rule on the issue of contempt and he should have been sanctioned by the BSB or Charity Commission.

Lord Briggs, Lady Rose, Lord Kitchin and Lord Burrows said it was “far from clear that the sanctions available to those bodies would have come anywhere near providing an adequate punishment for what was a deliberate contempt of court”.

They went on: “In any event, it is for a court, not a regulatory body, to punish a contempt of court; and the sanctions available would not be directed at the contempt itself but rather at different matters such as bringing the barrister’s profession into disrepute.

“It is also purely fortuitous that there are bodies with some sort of sanction over Mr Crosland’s behaviour.

“In other cases of contempt by breach of an embargo (for example, by a litigant in person working for a commercial, rather than a charitable, organisation) there would be no such alternative.”

In a dissenting judgment, Lady Arden argued that the Supreme Court had no jurisdiction to hear the appeal.

She disagreed with the majority’s finding that section 13 of the Administration of Justice Act 1960 provided a right of appeal to the Supreme Court against its own contempt rulings.

She said a right of appeal could only be conferred “by express statutory provision” and “it would either have to be expressly mentioned or it would have to be identified by some appropriate description or by necessary implication” – none of which were the case here.

“I will call a right of appeal to a higher court a vertical right. The innovation of the majority is to introduce for the very first time in this court or potentially in the whole of the modern legal system of England and Wales the concept of a right to review a decision of a court by way of an ordinary appeal which is horizontal only.

“It is said that it relates only to contempt, but it is an innovation, and no-one can say where it will end or whether it will lead to a greater number of applications to the court under its original jurisdiction or affect the meaning of appeal and the practice on appeals in other situations.”

Lady Arden said that instead the Supreme Court had an “inherent jurisdiction” to review what it considered to be particularly serious injustices, although this case was not serious enough.

All five justices agreed that, while the embargo and finding of contempt interfered with Mr Crosland’s freedom of expression under article 10 of the European convention, the interference was proportionate because it was in pursuit of a legitimate aim and Mr Crosland was not prevented from expressing his disagreement after the ruling was handed down.

On the allegation that the first instance Supreme Court panel was biased, the justices said there was no real possibility of a fair-minded and reasonable observer finding this.

This was because the Attorney General had decided to bring the proceedings for contempt and the first instance Supreme Court panel did not include any of the justices who had ruled in favour of Heathrow airport.

All five justices rejected Mr Crosland’s argument that the costs order of £15,000 made against him by the first instance panel was “unjust and oppressive”.

Plan B commented on its Twitter feed that the Supreme Court had sided “with itself” against a whistleblower.

“The government knows Heathrow expansion will cause the 1.5˚C Paris temperature limit to be breached, with devastating consequences for us all.”