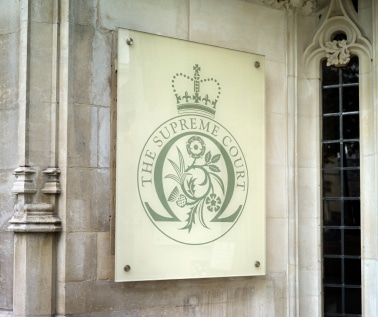 The Supreme Court has refused to hear an appeal against a ruling that blocked a negligence action against London law firm Forsters.

Forsters acted for Irtysh Petroleum, which was incorporated in April 2010 for the purpose of acquiring a Russian company, Yugra Balt Invest.

Prior to the incorporation of Irtysh, Forsters had been instructed by Rupert Galliers-Pratt (RGP), one the directors and shareholders of Irtysh, in connection with the same acquisition.

In May 2010, Irtysh entered into a share purchase agreement (SPA) on Forsters’ advice in order to acquire Yurga Balt Invest.

In around July 2010, Irtysh and RGP wanted to be represented by a different firm. Forsters’ sought outstanding fees and disbursements of £130,000 in respect of the acquisition.

RGP agreed to provide Forsters with a personal guarantee for £75,000, but Forsters’ position was that it was owed more. RGP disputed the invoiced amount.

A dispute ensued, which culminated in Forsters’ bringing a claim under the guarantee against RGP in July 2012.

In late 2012 Forsters, Irtysh and RGP entered into a settlement agreement for £90,000 which was expressed to be in full and final settlement of all claims which the parties could have against each other, including unknown claims.

In 2013, it transpired that the SPA had not been effective under Russian law to transfer ownership of Yurga Balt Invest, so Irtysh had never acquired it. In 2015, Yurga Balt Invest went into liquidation.

The claimant, which alleged that it acquired Irtysh’s claim against Forsters, sought damages from Forsters for negligence and breach of contract in connection with the SPA.

At a preliminary hearing, Sir Bernard Eder in the High Court declared that the claim had been released by the settlement agreement. The Court of Appeal dismissed the appeal against the judge’s order.

In refusing permission to appeal, the Supreme Court said “the application does not raise an arguable point of law of general public importance”.