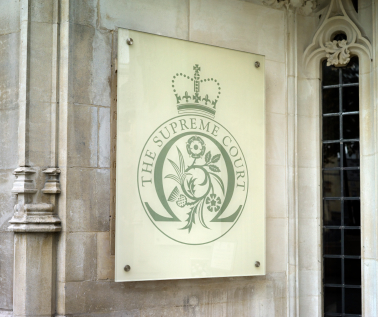 The Supreme Court has given the green light to a barrister to bring a claim of racial discrimination against the Bar Standards Board (BSB), by overturning a decision that her case was brought out of time.

Portia O’Connor, who is black and was the first barrister to become a partner in a legal disciplinary partnership, is claiming compensation from the BSB for misfeasance in public office and breaching her human rights after five misconduct findings made against her by a disciplinary tribunal in May 2011 were then overturned by the Visitors to the Inns of Court in August 2012.

In May 2014, Deputy Master Eyre struck out Ms O’Connor’s claim for compensation, saying it was on its face time-barred – because the prosecution began in summer 2010 – and anyway the evidence did not support it.

Mr Justice Warby ruled that her appeal against this should be allowed in relation to one aspect of her human rights claim, but agreed that it failed on limitation grounds.

Giving the main judgment of the Court of Appeal, the then Master of the Rolls, Lord Dyson, said that the one-year limitation period under the Human Rights Act 1998 to challenge the BSB ran from when the disciplinary tribunal reached its initial verdict.

Giving the unanimous verdict of the Supreme Court, Lord Lloyd-Jones allowed Ms O’Connor’s appeal, saying: “I consider that the alleged infringement of convention rights in the present case arises from a single continuous course of conduct.

“Although disciplinary proceedings brought by the BSB necessarily involve a series of steps, the essence of the complaint made here is the initiation and pursuit of the proceedings to their conclusion, ie the entirety of the course of conduct as opposed to any component steps.”

Thus the act continued until the Visitors allowed the appeal on 17 August 2012. Ms O’Connor’s proceedings against the BSB were commenced on 21 February 2013.

Lord Lloyd-Jones also commented on the merits of the case in light of Lord Dyson saying that “at best, the appellant’s case on the basis of the evidence she has adduced so far, is very thin”.

He said: “I consider that Warby J was correct to conclude on the basis of the evidence before him that there were reasonable grounds for bringing the claim and that it had a real prospect of success.

“The report went on to find that, although there were steps the BSB could take to improve the complaints process from an equality and diversity perspective – in particular the provision of more prompt training for tribunal members which included training in unconscious bias – the procedure itself was not discriminatory and that other factors, as yet unidentified, were causing the disproportions shown in the data…

“I consider that the appellant is entitled to rely on this evidence, so far as it goes, in conjunction with the unhappy history of the proceedings against her, as supporting her case that she has been the victim of discrimination.”

A BSB spokesman said: “We note the judgement of the Supreme Court which relates only to whether or not Ms O’Connor had brought her claim against the BSB within the time limits.

“It will now be for a future court to decide the substance of her claim. Given that the proceedings are still live, it would not be appropriate for us to comment further.”