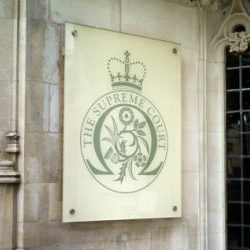 The Supreme Court has upheld the principle that costs should only be awarded against the Solicitors Regulation Authority (SRA) in unsuccessful prosecutions where there is good reason to do so.

The mere fact that a prosecution has not succeeded is not sufficient.

The issue arose in a case involving the costs imposed on the Competition and Markets Authority (CMA) but the Competition Appeal Tribunal, where the Court of Appeal referenced by analogy the position with solicitors that the starting point should be no order for costs where the unsuccessful regulator was acting purely in its regulatory capacity.

The analogy came from the 2007 case of Baxendale-Walker v Law Society, in which the Court of Appeal ruled: “One crucial feature which should inform the [Solicitors Disciplinary Tribunal’s] costs decision is that the proceedings were brought by the Law Society in exercise of its regulatory responsibility, in the public interest and the maintenance of proper professional standards.

“For the Law Society to be exposed to the risk of an adverse costs order simply because properly brought proceedings were unsuccessful might have a chilling effect on the exercise of its regulatory obligations, to the public disadvantage.”

The SRA intervened in the CMA case at the Supreme Court, which yesterday overturned the decision in relation to the CMA.

However, giving the court’s unanimous ruling, Lady Rose made a specific exception in the case of the SRA.

She said: “In its written intervention, the SRA points out that it undertakes about 120-130 prosecutions a year. It is funded predominantly by practising certificate fees and other fees paid by the solicitors’ profession.

“I recognise the importance of the Baxendale-Walker authority for the continued proper functioning of the SRA and I do not regard this judgment as casting any doubt on the correctness of that decision.”

The SDT has made costs orders against the SRA over the years in exceptional circumstances; last December, the regulator paid a record £228,000 to a solicitor whose prosecution the tribunal found was “improperly brought and pursued”.

An SRA spokesman said: “We welcome the certainty the judgment brings. The Supreme Court recognised the importance of the existing case law to the way we work, having noted the volume of cases we bring each year, and that we are funded predominantly by practising certificate fees.”

A Law Society spokeswoman commented: “While the decision does not cast any doubt on the position taken in Baxendale-Walker, it does highlight the ability of regulatory tribunals – such as the SDT – to calibrate their approach to costs in accordance with what’s appropriate for each matter that comes before them.

“The SDT has the power to order costs against the SRA and is encouraged to exercise those powers where appropriate and in the interests of justice. This should achieve the right balance between fairness to our members and safeguarding the public interest.”