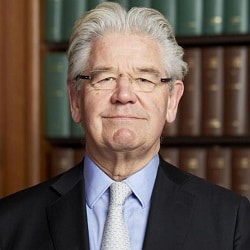 The government is indirectly “dismantling” legal aid, and putting access to justice under threat, by setting unsustainably low fee levels for lawyers, a Supreme Court justice has argued.

Lord Wilson said he was offended that lawyers handling certain human rights cases had to appear pro bono or receive only a small fee.

In a lecture in Chicago about human rights, the judge said they amounted to “no more than hot air” if they could not effectively be enforced.

Lord Wilson described the Human Rights Act 1998 as “brilliant” but continued: “Please never dismiss as unimportant a provision about free legal advice and representation: I now realise that it’s as important as any provision of substantive law.

“It is, in particular, the disadvantaged who need to be acquainted with their human rights and helped to enforce them; but they are unlikely to be able to do so without free legal advice and representation.”

Lord Wilson observed that, even where legal aid was still provided, “the UK is dismantling it indirectly by setting rates of remuneration for the lawyers at levels so uncommercial that, reluctantly, most of them feel unable to do that work.”

This meant that access to justice was “under threat” in the UK, with the lower courts now full of litigants who have to represent themselves, “often of course very ineptly”.

He added: “In our own court very able advocates still regularly appear. But, particularly when they are asserting human rights against a public authority, they nobly appear pro bono, or for a small fee under the attenuated legal aid scheme; and it constantly offends me that it should be necessary for them to do so.”