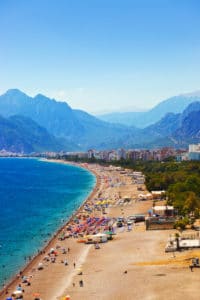 The Supreme Court has sided with a leading professional indemnity insurer in interpreting the rules that govern the way insurers can aggregate multiple claims against solicitors.

Overturning the Court of Appeal’s ruling that the matters or transactions had to have an “intrinsic” relationship with each other, the Supreme Court said this formulation was not “necessary or satisfactory”.

Lord Toulson was giving the ruling of the court in AIG Europe Ltd v Woodman & Ors [2017] UKSC 18. It is the first case on the aggregation clause of the Solicitors Regulation Authority’s (SRA) minimum terms and conditions (MTC). The outcome is the difference between AIG facing claims worth more than £11m, rather than the £3m limit for a single claim.

In the High Court, Mr Justice Teare accepted that all the claims arose from similar acts or omissions, but not that they were “in a series of related matters or transactions”, since the transactions between the developers and each investor were not dependent on each other.

Rejecting this, Lord Toulson said: “With respect to the Court of Appeal, I do not consider its formulation to be necessary or satisfactory. My difficulty is with the word ‘intrinsic’ itself and what it means in this context. It is possible to describe things or people as having certain intrinsic qualities or characteristics, but it is a more elusive term when used as a descriptor of a relationship between two transactions.”

“Use of the word ‘related’ implies that there must be some interconnection between the matters or transactions, or in other words that they must in some way fit together, but the Law Society saw fit after market negotiation not to circumscribe the phrase ‘a series of related matters or transactions’ by any particular criterion or set of criteria… Determining whether transactions are related is therefore an acutely fact sensitive exercise.”

Lord Toulson said the Court of Appel has been overly narrow in defining the relevant transaction as being “the payment of money out of an escrow account which should not have been paid out of that account”.

That was an act giving rise to a claim, but the act occurred in the course of a wider transaction, he said, which was “an investment in a particular development scheme under a contractual arrangement, of which the trust deed and escrow agreement were part and parcel”.

Here, the transactions entered into by each group of investors were connected “in significant ways” – they were investing in a common development, for which the monies advanced by them were intended, in combination, to provide the developers with the necessary capital.

Notwithstanding individual variations, they were all participants in what was in overall terms a standard scheme. They were co-beneficiaries under a common trust

Application of the aggregation clause had to be judged objectively, Lord Toulson said, and this drove him to “the firm conclusion that the claims of each group of investors arise from acts or omissions in a series of related transactions”.

He explained: “The transactions fitted together in that they shared the common underlying objective of the execution of a particular development project, and they also fitted together legally through the trusts under which the investors were co-beneficiaries.”

However, he ruled that AIG could not aggregate the claims of the two groups of investors – the transactions were similar but not related. This would increase AIG’s liability to £6m.

Allowing the appeal, Lord Toulson said he would either remit the case to the Commercial Court to determine in accordance with this judgment or order its transfer to the Chancery Division so that any outstanding matters could be dealt with by the judge trying the investors’ claims against the solicitors. His preference, subject to submissions from the parties, was for the latter.

The SRA intervened throughout the case and a spokesman said: “We welcome the decision of the Supreme Court and the clarity it can bring to future cases.”

Clare Hughes-Williams, a member of the professional indemnity sector focus team at the Forum of Insurance Lawyers, and a partner at DAC Beachcroft, said: “This is undoubtedly an important decision for solicitors, insurers of solicitors, and claimants where aggregation issues may arise.

“The Supreme Court appears to have widened the scope for aggregation, eschewing the requirement of co-dependency or intrinsic relationship which had been prescribed by the lower courts, and thus rejecting the provision of new meanings to words such as ‘transaction’ and ‘related’.

“On the facts here, the court envisaged that the claims would be likely to aggregate in accordance with the two developments, but the court emphasised that this was an acutely fact-sensitive exercise requiring judgment in each case, and in so doing left scope for the parties to apply the ruling to the facts of the case on closer examination.

“How the decision will be applied in different claims scenarios remains to be seen, but our instinctive reaction is that the decision is one which is more palatable to the insurers issuing MTC-compliant policies than those of the lower courts.”