Major study: Some in-house lawyers find their ethics “under pressure” 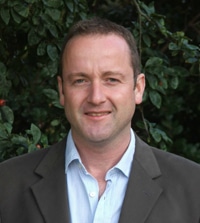 Moorhead: detailed picture of “what it means to be an ethical in-house lawyer”

Half of in-house lawyers face having to advise on ethically or legally debatable actions, while a similar number complain that actions are sometimes taken against their advice on “legally important matters”, a major report has revealed.

A small minority, 9%, said that saying ‘no’ to their organisation was to be avoided “even when there is no legally acceptable alternative to suggest”, while 36% agreed that “loopholes in the law should be identified that benefit the business”.

The report, by the UCL Centre for Ethics and Law, said its findings did not support the view that in-house lawyers were not influenced by professional principles in their decision-making.

However, it warned: “The treatment of legality and public interest concerns as the least called-upon of the professional principles is evidence that the in-house legal community surveyed here may have a misapprehension of its professional obligations.

Mapping the Moral Compass, a report by the UCL Centre for Ethics and Law, surveyed 400 in-house lawyers, 25% of them in the public sector, 7% working for charities and the rest in business.

Almost all (95%) were solicitors, with just over a quarter (27%) made up of general counsel and 42% in other senior in-house roles.

The authors said: “Our level of concern with this depends, of course, on how their employers respond to advice on such actions. More clearly concerning is the 10-15% who agreed or strongly agreed that they were asked regularly or very frequently to advise on things that made them uncomfortable, or in ways which suggested the business took a different view on whether and/or how to uphold the rule of law.

“Given reported changes within at least parts of the Government Legal Service suggesting a heightened appetite for legal risk, which some criticise as a disregard for the rule of law, it is worth emphasising that lawyers in public sector organisations showed higher ratings of ethical pressure than those working in a business.

“Interestingly those working the public sector also rated the legal department as having more negative/resistant relationships with the employer than those working in a business.”

Professor Richard Moorhead, director of the Centre for Ethics and Law, said the report was “as rich a picture of what it means to be an ethical in-house lawyer as has ever been attempted.”

The authors argued that there was “too much emphasis in legal circles in thinking that ethics is about being the right sort of individual”.

They went on: “That kind of thinking is complacent and dangerous. The report shows that individuals, systems and cultures mesh together in meaningful and measurable ways to increase or reduce ethical risk.

“As numerous corporate scandals have shown, such ethical risk puts individual lawyers at risk of professional misconduct but it also encourages poor quality decision-making for the organisations that employ in-house lawyers: short-termism and sharp practice can lead to catastrophic error.”

The study called on in-house teams to “engage in an honest and open evaluation of their own approaches and consider where on the spectrum of approaches we have outlined they sit” and to include their employer in the process.

They said the review should focus on the balance between commercial and ethical considerations, with “consideration given to how independence and ethicality is part of the role description, reporting and day-to-day management” of in-house lawyers.

“The approach to managing for ethicality though ethical infrastructure such as training, guidance and appraisal should be considered as a matter of urgency.”

The authors said the report would be followed by a white paper which would set out ideas on “how to structure the in-house role and manage in-house functions for ethical practice”.