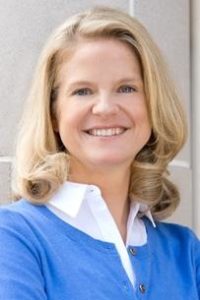 Remus: regulation should be upgraded for digital age

Technology is displacing lawyers’ jobs at a slower pace than often thought, with the vast majority of legal practice at only low or moderate threat from encroachment by software, according to a study.

The authors also called for effective professional regulation of legal technologies to protect clients and the values of legal systems in a way that is proportionate to the advantages of software versus the risks.

The study, Can robots be lawyers? computers, lawyers, and the practice of law, by US professors Dana Remus of the University of North Carolina law school and Frank S Levy of Massachusetts Institute of Technology’s department of urban studies and planning, broke down lawyers’ employment and assessed its perceived vulnerability to artificial intelligence (AI) and other advanced technology.

Data on lawyers’ time usage from Consilio, a consulting firm providing corporate clients with analysis of invoices billed by law firms, cast doubt on the speed of displacement of lawyers’ work, the authors said: “Even where automation has made significant progress, its impact has been less than the headlines would have us believe.”

The impact of technology on case administration and management, document drafting, due diligence, legal research, and legal analysis and strategy – which together totalled around 40% of invoiced hours – was considered to be “moderate”.

Its impact on document management, fact investigation, legal writing, advising clients and other communications or interactions, court appearances and preparation, and negotiation – together around 55% of invoiced hours – was assessed as “light”.

Only on document review – defined as reviewing documents for purposes of discovery in litigation or government investigations – was technology estimated to have a “strong impact”. In firms of all sizes, this work was calculated to account for around 4% of lawyers’ overall billing.

In the final analysis, because law firms had “a well-established reputation for slow technology adoption”, the authors estimated that “employment loss… would indicate that demand for lawyers’ hours is decreasing by 2.5% per year”.

They concluded: “It is frequently argued in popular writing on [AI] that weakness in the market for lawyers is caused by the automation of legal work.

“Our estimates indicate that the argument is overstated and that a more important cause is a basic imbalance between supply and demand.”

They also described regulatory structures in the US as “inadequate to address the challenges and opportunities of new technologies” and argued it should be improved with “proportionality as the guiding principle”.

Explaining, they said: “The principle of proportionality recognises that in certain contexts, lowered quality maybe an acceptable and desirable trade-off in service of increased access; in other contexts, it will not be.”

For example: “Many potential clients may receive services through [a] chatbot… that contests parking tickets for free… that they never could or would have received from a lawyer with little or no offsetting risk.

“But clients may feel differently in other contexts, such as in the courtroom or in a child custody battle”.

A key source of their belief that legal regulation should be upgraded to reflect the digital age was the anticipated introduction of automated prediction into the practice of law. The technology created a number of distortions in terms of the conduct of litigants and its influence on the law itself, they said.

For instance: “If clients increasingly rely on software predictions in determining a course of action – in deciding, for example, whether to file a complaint, to defend a case, or to pursue a particular corporate transaction…

“Without anyone realising it, factors encoded into those predictions… could then become encoded into broader swaths of law. For example, a computer might discover a weak correlation between a particular court’s decisions and the gender, race, or ethnicity of the litigants.”

Equally, the legal profession should ensure “legal technologies are made accessible” and not concentrated only in the hands of those who can afford them, the authors argued: “One can easily imagine a dispute or transaction in which one party has access to a particular legal technology while the other party does not…

“A resource imbalance between parties is nothing new, but the unequal access to technology may introduce new types of unfairness or even abuse.”