Students “could save up to £38k” by qualifying with SQE 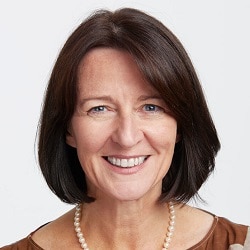 Students could save as much as £38,000 when qualifying as a solicitor following the introduction of the Solicitors Qualifying Examination (SQE) next September, a report has estimated.

This was on the basis of both the lower costs of studying and being able to qualify a year or two more quickly than now – in theory at least, students could study for and pass the SQE at the same time as undertaking the required two years of qualifying work experience (QWE).

The report by consultants Hook Tangaza estimated that the market spend on courses leading to qualification as a solicitor was £164m in 2019-20.

It was commissioned by global legal education provider BARBRI, which launched its SQE prep course yesterday.

The report noted that, compared to the current system, the SQE was very flexible in how knowledge and work experience capabilities could be demonstrated.

“It is this flexibility which will deliver many of the potential benefits to individuals seeking qualification and to their employers.”

Researchers said it was hard to quantify how much students would save from being able to qualify more quickly, but “could represent as much as £156m for an annual cohort of qualifiers cumulated over the period of their qualification”, combined with the saving on course fees.

This could mean a saving of between £25,000 and £38,000 per candidate compared to a candidate qualifying via the traditional route without funding.

The Solicitors Regulation Authority has set the cost of taking the two parts of the SQE at £3,980 and BARBRI revealed that it would charge £6,000 for its courses to prepare students for them.

Hook Tangaza calculated that employers were also set to enjoy a training ‘dividend’ of £28m – whereas they currently spend £35m on the mandatory external courses for sponsored students, under the SQE they will only spend £7m on the assessments.

Researchers said £21m or 15% of the total spent on qualification routes to become a solicitor was currently spent by or on those who never completed their qualification.

When combined with lost potential earnings, this wasted investment could be as much as £61m for each qualifying cohort.

The success rate of candidates attempting to enter the profession via the graduate diploma in law was “particularly low”, with around 50% failing to qualify.

The SQE has the potential to unlock pent-up demand for qualification and “shift the demand curve for solicitor qualification upwards on a permanent basis” because it broke down the cost of qualifying into “smaller, bite-size chunks” which could be approached on a part-time basis and reduced the minimum commitment by employers in terms of time to trainees.

Work experience could be gained in more flexible ways under the new system, “with the possibility of breaking up work experience into three or four different blocks delivered by different employers”.

Hook Tangaza went on: “There is no reason why models such as those used in the accountancy sector of graduate trainees qualifying on the job, should not become more common in the legal sector. Graduate trainee accountants earn £14,000-£30,000 per year on top of having their training funded.”

However, despite its optimism, Hook Tangaza warned: “The variety of routes to qualification created under the SQE could create uncertainty and deter candidates from entering the qualification process.

“This would be likely to impact more on those without good access to information, those from lower socio-economic groups and non-professional backgrounds.

“It is essential that information sources and materials about the SQE ensure that students are equipped to ask the right questions in engaging with training providers, and are appropriately signposted towards further information, including about financial aid.”

The report also warned that QWE “must not be allowed to become a new barrier. A marketplace for QWE is needed”.

Researchers said the SQE assessments would need to be monitored to ensure that they did not also create new barriers for certain types of candidates.

As an example, it said the SQE2 assessment did not include “areas which are currently underserved, like social welfare law and family law”, which may discriminate in the qualification process against those who are obtaining their work experience in these areas”, who were more likely to be from socio-economically disadvantaged or minority backgrounds.

Sarah Hutchinson, managing director of BARBRI, said: “The research from Hook Tangaza demonstrates that the SQE will give students a more flexible way to approach their learning – with the potential for employers to reap significant benefits in terms of potential cost savings, flexibilities and efficiencies.

“It shows that it can help to reduce the financial impact of qualifying as a solicitor, which could be a big benefit for the profession as a whole.”

Students can complete BARBRI’s course for SQE1 in 10, 20 or 40 weeks – at the same cost – with the first 40-week course starting in January. The SQE2 course will be eight or 16 weeks.

The company will have three types of scholarships available, based on merit, public interest and for the winners of its biannual blogging competition.

BARBRI also announced a link-up with King’s College London, which in return for the work it is doing on its SQE materials will offer its students discounts for studying with BARBRI.

We revealed earlier this week that the Legal Services Board decision on whether to approve the SQE has been delayed to October amid a call from groups representing more than 4,000 legal academics to reject it.