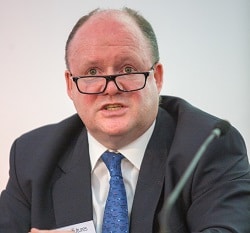 Gordon Dadds Group, the law firm acquisition vehicle, has unveiled strong results for its first year as a listed company and announced its first international expansion, into Hong Kong.

But annualised revenues – given that most of the acquisition activity was towards the end of the financial year – topped £42m, meaning Gordon Dadds was close to meeting its three-year target of doubling revenues after just one. It said profits would have been “significantly higher” too.

Since the year-end, Gordon Dadds has established an office in Hong Kong, initially as a foreign law firm, and, subject to regulatory approval, has formed an association with a local law firm which will enable the office to operate as a local law firm as well.

The firm told investors today that it was looking at other international opportunities.

Chief executive Adrian Biles said: “We are seeing, emphasised by White & Black joining the group, an increasing number of opportunities to deliver legal services in other jurisdictions where English law prevails. We are keen to act on this.”

As the firm looks for further acquisitions, Mr Biles said that, since the flotation, “we have concluded that firms with an annual fee income of over £10m are the most attractive although we can be flexible depending on practice mix and other factors.

“As important as the aggregation of fee income is, the increase to the intellectual capital of the business and the increase in the quality of its client and matter base are of greater significance. We believe in quality over quantity.”

Mr Biles added: “We believe that Gordon Dadds is structurally better suited to rapid, acquisition-led expansion than its competitors and is striving to ensure this first-mover advantage delivers results for shareholders.”

He said he also expected organic growth, “arising principally from the increasing cross-referral of clients between the group’s businesses and as the more specialised businesses take advantage of the group’s full-service capabilities.”

Group chairman Anthony Edwards said: “As the traditional partnership model for solicitors breaks down, the group is ideally placed for growth in the legal services sector.”