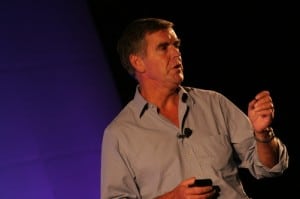 Citing an ‘excellent year’, the Co-operative Group’s 2009 business review reported that sales from the legal arm grew 45%, from £14 million to £20 million, with operating profits before significant items up £2.1 million, from £1.7 million to £3.8 million.

The review stated: “In a short period of time we have established the business as a significant provider of personal injury claims and management services to internal and external business partners. In addition, we have become one of the leading providers of wills, probate and estate administration services in the UK, supporting not only customers of Co-operative Funeralcare, but also those of other societies within the Co-operative movement and of external partners.”

Speaking at the ILEX National Conference in March, Eddie Ryan, managing director of Co-operative Legal Services, confirmed his intention to become one of the first, if not the very first, alternative business structure (ABS). Mr Ryan said “then we will make much more of a bang in the market, especially for the 15 million people walking through our stores every week”.

He added that Co-op Legal Services was “effectively” an ABS already, offering a range of legal services to Co-op members – he highlighted the “nonsense” of the present situation that if a Co-op member and a non-Co-op member were passengers in a car accident, Co-operative Legal Services could act for the former but not the letter.

Co-operative Legal Services was only established in April 2006, and went live in August 2006, the group’s first move into professional services. It now has 288 staff, 139 of whom are “doing legal work”, Mr Ryan said. The legal arm upheld the group’s ethos of delivering services in “an honest, ethical and social responsible” manner, he explained, highlighting a statement agreed by the Co-op board that emphasis that the legal arm’s first duty is to the client.

This is aimed at warding off any accusations that the group’s commercial interests may be put before those of clients. “ABSs should all start from these sort of principles,” Mr Ryan said.