Strong backing for lawyers and chambers sanctioned by China 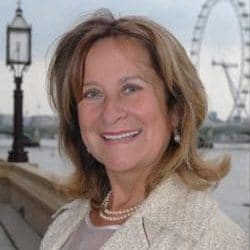 Kennedy: Activist on behalf of Uyghurs

The prime minister, the Lord Chancellor and the heads of the Bar Council and Law Society have condemned the Chinese government for imposing sanctions on two QCs and a London barristers’ chambers.

Baroness Helena Kennedy QC and Sir Geoffrey Nice QC, along with Essex Court Chambers, were among nine individuals and four organisations sanctioned by the Chinese government that China said “maliciously spread lies and disinformation” about “the so-called human rights issues in Xinjiang” –the treatment of the Uyghurs. Five MPs were on the list.

The individuals and their immediate family members are prohibited from entering mainland China, Hong Kong and Macao, their property in China will be frozen, and Chinese citizens and institutions will be prohibited from doing business with them.

Sir Geoffrey, a former vice-chair of the Bar Standards Board, is chairing the Uyghur Tribunal, which was set up to investigate China’s alleged genocide and crimes against humanity against Uyghur and other Muslim populations.

Baroness Kennedy, who is director of the International Bar Association’s Human Rights Institute, is an adviser to the tribunal and has spoken out repeatedly on the Uyghurs, leading an ultimately unsuccessful campaign to persuade the government to give the UK courts a role in investigating whether genocide is occurring in Xinjiang.

She is also co-chair of the Inter-Parliamentary Alliance on China.

Last month, Essex Court barristers Alison Macdonald QC, Jackie McArthur, Naomi Hart and Lorraine Aboagye, instructed by the Global Legal Action Network, the World Uyghur Congress and the Uyghur Human Rights Project, authored a legal opinion finding “a credible case” that acts carried out by the Chinese government against the Uyghur population amounted to crimes against humanity and the crime of genocide.

Prime Minister Boris Johnson tweeted: “The MPs and other British citizens sanctioned by China today are performing a vital role shining a light on the gross human rights violations being perpetrated against Uyghur Muslims.

“Freedom to speak out in opposition to abuse is fundamental and I stand firmly with them.”

Lord Chancellor Robert Buckland tweeted that he strongly deprecated the move. “Chambers isn’t responsible for an opinion by one of its members; a lawyer shouldn’t be identified with the acts or views of the client, & the rule of law requires lawyers to be able to advise clients and give legal opinions without [foreign] governmental interference.”

“Sanctioning a chambers or any legal organisation because a member has given a legal opinion in accordance with their professional obligations is an attack on the rule of law.”

Law Society president I. Stephanie Boyce said: “Singling out lawyers – whether they are solicitors or barristers – for doing their jobs undermines the rule of law and the independence of the legal profession.

“We condemn any threat or sanctions against a chambers or individual lawyers fulfilling their professional obligations by representing clients and standing up for the rule of law.”

In a statement on behalf of the tribunal, Sir Geoffrey said: “The sanctions imposed by the PRC will not affect the work of the tribunal and will not be held against the PRC by the tribunal in reaching an independent judgment on the information provided to the tribunal by any group, state, or individual that wishes to engage.

“We continue to hope that the PRC will respond to our invitations to cooperate with the tribunal and provide evidence to help the tribunal in its work.”