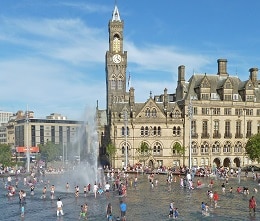 The head of a Bradford law firm has been struck off after being convicted of conspiracy to defraud the Legal Aid Agency (LAA) and also failing to supervise an unpaid junior member of staff who is suspected of producing fraudulent decree absolutes – and whose surname nobody at the firm can remember.

The Solicitors Disciplinary Tribunal (SDT) said Mohammed Ayub, along with salaried partner Neil Frew – who was also convicted of conspiracy to defraud – accepted the seriousness of their misconduct and failed to provide any exceptional circumstances justifying a lesser sanction.

In both cases the tribunal approved a statement of agreed facts, admissions and outcome made between the men and the Solicitors Regulation Authority (SRA).

The pair conspiring with co-defendants to defraud the LAA by “pretending to use the company, Legal Support Services (LSS), for interpreters’ services when they were being managed directly by Chambers Solicitors.

“This was done so Chambers could have the additional money that a company sourcing interpreters would be entitled to claim.”

In his sentencing remarks at Newcastle Crown Court, Judge Spragg said that although the defendants tried to argue that LSS was involved in the booking of interpreters, that argument was rejected by the jury who “saw through what was, in reality, a dishonest scam” to make extra money.

The judge said that, when confronted with the evidence, Mr Ayub had lied in his police interviews and again to the jury in his trial.

Sentencing Mr Frew to two years in prison, suspended for two years, and 200 hours of unpaid work, Judge Spragg told him: “Mr Frew, you were in charge of the immigration department. You were involved in the billing processes. Indeed, your fingerprints were on some of the LSS invoices.

“The jury clearly formed the view that you knew exactly what was going on and were a willing participant to it.”

However, the judge said there was no evidence that, as a salaried partner, Mr Frew would benefit “in any way from what was going on”.

Like Mr Ayub, the judge said Mr Frew lied in police interviews and to the jury.

Meanwhile, Yorkshire Police investigated five cases of alleged fraudulent decree absolutes involving Chambers Solicitors between 2008 and 2012. In two cases the decree absolutes did not relate to the named parties and in one case did not exist at all.

The assistant solicitor with conduct of the case suspected that the junior member of staff who helped her – a law student known only as Anna – was involved with the fraud.

The agreed statement recorded: “Anna came to Chambers in 2009 to gain experience and was an unpaid member of staff. Anna was helping in the firm over a period of 3-4 years and as stated in [the assistant solicitor’s statement to the police], ‘she would come in on and off, sometimes regularly like clockwork once a week and other times she wouldn’t be in for weeks/months at a time… I don’t know for a fact that she was actually studying anywhere and it may have been a cover for her in attempting to gain access to a solicitor’s office’.”

Anna had access to the firm’s case management system, using a secretary’s log-in, and was allowed to be in the office outside of normal working hours.

The statement said: “No records relating to Anna have been kept, which made it impossible to locate the person for enquiries to be made, especially as no one can remember her surname.”

Mr Ayub admitted to having no controls over who could access the case management system or assist with legal work and when that could take place. There was also no system in place for supervising client matters.

“Full records should have been retained of all personnel who worked in the office for future reference/contact. No proper systems were in place for the maintenance of good records for the whereabouts of clients’ files and for any files held to be complete.”