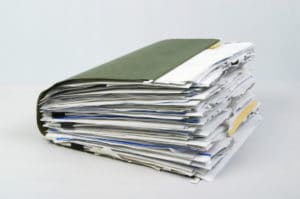 The Solicitors Disciplinary Tribunal (SDT) has again decided against striking off a solicitor for proven dishonesty after it accepted that he was suffering from work-induced stress.

It recounted a conversation that Peter Naylor said took place with one of his supervisors, in which the latter said he was “like an abusive husband, always asking for forgiveness and saying it would be different”.

At the time he was an assistant solicitor in the corporate department of Bristol-based TLT. He failed to apply to the Financial Conduct Authority (FCA) to restructure three companies, yet falsely telling the client that he had.

Mr Naylor, who had won a South West young dealmaker of the year award, was aged 31 at the time of the misconduct, between March and August 2014. He was born in 1982 and qualified in 2006.

The SDT heard medical evidence that he was suffering from an ‘adjustment disorder’, which meant he “had a pre-disposition to avoidance and denial when under stress”.

Mr Naylor left TLT at the end of August 2014 to become permanent in-house counsel at a company to which he had been seconded in March 2014.

He had taken the file with him on secondment, intending to make the FCA applications in his own time. But he had made no progress on the matter.

When the firm later investigated, after the file was transferred to another fee-earner, he admitted he had “suggested to the clients that things were more advanced than they were”.

He told the Solicitors Regulation Authority “the work was complex and often on very tight deadlines” and that he had worked “extremely long  hours”, often nights and weekends, but that he had masked his stress “from all but my close family”. In 2013, he worked through Christmas, except Christmas Day itself.

He claimed that TLT’s corporate department had been “an unforgiving place with high standards” and he was “just expected… to get the job done”. He was afraid to reveal his stress, lest the firm perceived this as “weakness” and it harmed his prospects.

The solicitor said that when an opportunity arose to be appointed a partner at the firm in 2013, he knew the “pressure and responsibility” would be too much. “Aggressive” transactions had “left him physically and emotionally drained”.

Nevertheless, he was seen as “as safe pair of hands” by the firm, such that he “tended to be the default recipient of additional work, even in periods when he already had less capacity than his colleagues at a similar level within the team”.

While he did not expressly tell the firm that he did not want to be a partner, “he took no action towards achieving the specific goals set down for him in order to achieve this”.

He acknowledged that he should have simply returned the file to the firm when on secondment, which involved either working away from his wife and young children or long commutes.

Instead, he sent four emails to the client giving misleading information suggesting the applications had been made, including the fiction that he had checked on their progress with a colleague.

The tribunal recorded: “A solicitor acting with integrity did not mislead his client as to the submission of applications to the FCA nor as to the subsequent progress of those applications.”

In mitigation, the solicitor said he had felt “overwhelmed” by the issue and had “sleepless nights” about the file. He had acted as he did as a “compulsion… with a view to making it go away”.

The tribunal accepted that the medical evidence amounted to ‘exceptional circumstances’ sufficient to justify not striking off Mr Naylor, despite the misconduct being “serious” and, further, was repeated and had “continued over a period of time”.

It said: “The tribunal was sure that the misconduct arose at a time when the respondent was affected by mental ill health that affected his ability to conduct himself to the standards of the reasonable solicitor.”

However, the tribunal insisted that the two-year suspension, itself suspended for the duration, should involve practising restrictions including six-monthly medical reports confirming his fitness to practice, to meet concerns “about the way in which the respondent reacted to stress and pressure”.

Last month, we reported that the SDT decided against striking off a solicitor it found had created and backdated correspondence and lied to both her client and her employer, after finding that a root cause of her misconduct was the firm’s culture and the pressure it exerted on her to meet billing targets.