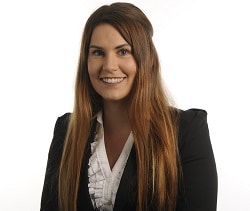 Leonie: Profession at risk of losing some of its best talent

Two-fifths of junior lawyers have looked for another job as a result of the level of stress their current role is causing them, according to a survey out today.

According to the Law Society’s Junior Lawyers Division (JLD), over 82% of the 959 respondents reported either regularly or occasionally feeling stressed in the month before completing the survey, with 26% of them being severely or extremely stressed.

A fifth said they regularly felt unable to cope because of that stress.

For the purpose of the survey, stress was defined as being under too much emotional or mental pressure.

Men were noticeably less likely to say they suffered from stress or mental health problems at work than women.

Some 38% of respondents said they experienced a mental health problem (whether formally diagnosed or not) in the previous month, an increase on the 26% reported in the JLD’s first survey last year, which attracted only 214 responses. Less than half of them told their employer.

The vast majority (83%) said their firm could do more to support stress at work.

Over 55% of those suffering with a mental health problem said that they had considered taking time off work but did not, with over 64% stating that it caused them to experience problems in their family life and relationships.

Though those working with vulnerable clients were more likely to report regularly feeling unable to cope and/or stressed, paradoxically they were less likely to work for employers offering help, guidance and support in relation to mental health issues.

Kayleigh Leonie, the JLD’s Law Society council member, said: “It is clear that negative stress and mental ill-health continue to adversely affect junior lawyers in the profession. There is real value in investing time and resource to improve employees’ mental wellbeing and mental health.

“The legal profession is at risk of losing some of its best talent if employers do not begin to embrace their employees’ wellbeing as a key asset for their business.

“The legal profession still has a long way to go to alleviate the stigma relating to mental ill-health. The JLD hopes that the work it is doing will help to reduce the stigma and encourage organisations to foster good mental health.”

Earlier this year, the JLD released guidance for employers which encourages organisations to adopt a more proactive and inclusive approach to mental health.

Lawyers suffering from stress, mental health or other problems can contact LawCare.