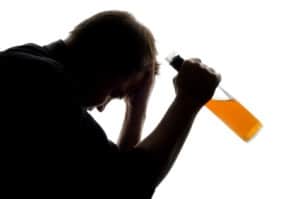 Stress continues to dominate calls to legal healthcare charity LawCare [2], and this in turn leads some lawyers to alcoholism later in their careers, its review of 2012 has said.

Litigation was the area of practice which generated the highest level of stress, followed by commercial law and general high street/private client.

Of the 272 callers who identified a specific cause for their problem, 28% cited workload, 19% financial problems, 14% disciplinary issues and 14% bullying. Ethical issues, redundancy and relationship problems also featured.

Some 62% of callers were female and 38% male, while 65% had been qualified for more than five years.

In its review, LawCare said: “Among callers reporting problems with alcohol misuse, it was noteworthy that 87% had been qualified for 10 years or more. This compares with 37% of those complaining of stress that had been qualified for more than a decade. LawCare’s theory – that new lawyers start drinking to alleviate the stress and then later find themselves addicted – would seem still to be borne out by these figures.”

The number of calls fell slightly on 2011, which in turn saw fewer calls than the year before. “This may be due to increased use of LawCare’s website in seeking help rather than calling the helpline,” the charity said.