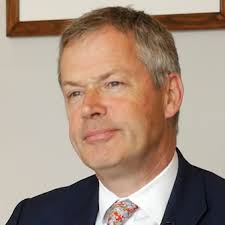 Increasingly demanding business clients and the need to raise capital to invest in technology to bring legal costs down will eventually lead to more commercial law firms listing on stock exchanges, according to a senior corporate adviser.

Trevor Griffiths, a research analyst at N+1 Singer – which recently held the first ever investor conference aimed at the business of law – said listing offered a number of advantages.

These included a higher profile, greater flexibility in creating employee incentive schemes, and “the ability to selectively fund acquisitions”.

Most importantly, as businesses balked at the “unbelievably expensive” cost of using lawyers, listing could ultimately enable firms to offer “more creative approaches” to clients to mitigate the cost of legal work.

As in any other business, the greater use of automation would bring about lower costs, said Mr Griffiths. “But that requires capital equipment, which lends itself to a capital-based model which has a balance sheet and probably needing outside shareholders, depending on the capital intensity.”

He believed the use of automation for all but “high-touch human intervention – the real added value” by lawyers, was a long-term trend in legal services businesses.

Equally, in the long run, law firms which obtained investment would predominate rather than the current cash-based partnerships, where being taxed on the profits created “a huge fiscal disincentive to leave partners’ capital undrawn and building up on the balance sheet, where they could make interesting use of it”.

He observed: “It is fairly remarkable that there are still these professional services businesses unable or unwilling to use external capital.”

He agreed with Michael Ward, chief executive of the only listed law firm so far, Gateley, who told the conference that it was unlikely there would be a wholesale change soon in attitudes to listing among law firms.

Mr Griffiths predicted there would be “not a flood but a trickle”.

He continued: “I think it will be a very long time before a magic circle firm were to do this… [but] it is distinctly possible [we’ll] see a small number of additional mid-market firms, possibly with somewhat different business models deciding to [list].”

He said the number of law firms converting to alternative business structures was an indication that a lot of legal businesses had taken an “initial step” towards looking “like incorporated businesses rather than professional partnerships”.