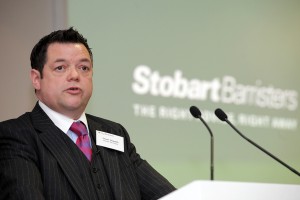 Howarth: time to ‘get back to business’

The Court of Appeal has allowed an appeal by Trevor Howarth, the founder of Stobart Barristers, and Stobart Group chief executive Andrew Tinkler against their committal for trial on contempt charges brought by a litigant in person.

In April 2013, Judge Pelling QC, sitting as a judge of the High Court, gave permission for seven of a total 58 contempt allegations to proceed against the two men.

Mr Howarth obtained an ABS licence for Stobart Solicitors last summer, having already founded Stobart Barristers. He had hinted earlier last year that Stobart might be interested in bidding for a criminal legal aid contract, triggering an angry reaction from legal aid lawyers, which often cited the allegations against him.

The court heard that the contempt allegations were brought by Peter Elliott, a helicopter pilot who had worked for company connected to the Stobart group and claimed to be a whistleblower.

As the group’s legal director, Mr Howarth was accused of telling a “deliberate lie” and attempting to deceive the court in order to obtain an unlawful injunction against Mr Elliott to restrain the publication of statements which the company considered to be defamatory.

However, Lady Justice Gloster said Judge Pelling QC was wrong to conclude that there was a strong prima facie case in relation to any of the allegations that Mr Howarth and Mr Tinkler had knowingly made false statements.

She said the judge’s approach to the use of his discretion, and to public interest and proportionality, was “fatally flawed”.

Delivering the leading judgment in Tinkler and another v Elliott [2014] EWCA Civ  564, Gloster LJ said: “The judge in my view failed to stand back and look at the overall reality of the litigation.”

Gloster LJ said the judge failed to take into account that Mr Elliott had “clearly demonstrated that he was a vexatious litigant with an agenda to pursue in relation to his past relationship with the Stobart parties and was not an appropriate guardian of the public interest.

“He was wrong to conclude that it was in the public interest that such allegations should proceed to a full committal hearing. Against the background of the full history of the matter, such a result was disproportionate.”

In a joint statement issued on behalf of Mr Howarth and Mr Tinkler, the two men said they had always had confidence in the judicial system and the judgment should enable them, and the justice system, to “get back to business”.