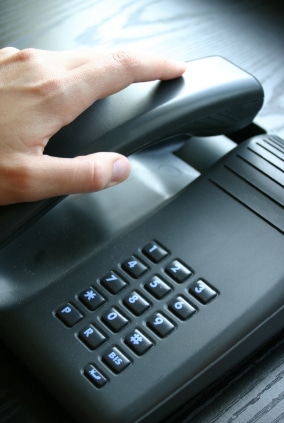 Telephone: many callers have to wait too long

There is still evidence of a culture within law firms where incoming client enquiries are not valued, or seen from the client’s point of view, a new report has found.

The annual report, based on three calls made at different times of the day to each of 30 leading consumer law firms, found that the average hold time increased from 42 seconds last year to 47 this. It said the accepted amount of time after which a caller becomes frustrated was 20 seconds, and by 47 seconds around half of callers would have hung up.

Worse still, all but three of the firms kept the researchers – Shoppers Anonymous – on hold for over a minute on at least one of their calls.

“A decrease in your call abandonment rates is possible,” it said. “Consider, for example, alternating your hold music and a spoken message. Make the message imaginative. Do not make it the usual ‘Your call is important to us’.

“Speeding up visibility internally can also improve call abandonment rates by reducing hold time. Can receptionists see who is free in any given department? Is there a clear process for taking messages, rather than endlessly ringing round empty desks? Can your staff see an accurate picture of how long a caller has been on hold for?”

The number of calls that were routed to someone who could help jumped from just 17% in 2015 to 46% this year, but that still meant more than half of callers were not given the chance to go ahead and instruct the firm without further communication.

Reasons included nobody being available, the department being out to lunch, and uncertainty over whether the firm offered the service required.

One call received a recorded message that the entire office was closed for a meeting. There was no facility to leave a message. When the researcher called back the next day, no one was available at their desks. A message was taken but no call back ever received.

On more than half of calls (52%), the firm did not ask for either the caller’s phone number or e-mail address, while just two calls were followed up with a callback from the firm to check whether the client wanted to proceed.

“The extremely low figure… speaks to the challenge facing many legal firms. In the fact of increased competition, legal firms need to transition to become modern sales-driven organisations. This and many other statistics speak to the fact that several are struggling…

“How much potential business is being missed out on by the UK’s legal firms? How much could be re-captured with small systemic, technological and process-driven changes?”

Scott Armstrong, head of business development at Concert, said: “This year’s research yet again demonstrates that the vast majority of law firms do not have the right resources or processes in place to effectively convert new business enquiries into customers and this creates a huge opportunity for firms willing to invest in this area.”