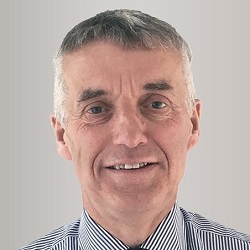 A 6% increase in profits per partner recorded by small and medium-sized (SME) law firms in the first six months of the pandemic was a “startling outcome”, which would not have been expected when the first lockdown began, according to a report.

NatWest found that most SME firms remained calm when the pandemic hit last year and refrained from making cutbacks which would have scuppered their ability to cope when demand increased.

Robert Mowbray, an accountant and law firm consultant who wrote the report, said: “Many firms had learned a lesson during the financial crash a decade earlier that cutting back too aggressively would leave them unable to cope with the increased demand when it returned.

“The calm approach taken has resulted in a good outcome for many firms that are now well placed to prosper as the economy bounces back.

“Firms were relieved to find that clients paid bills promptly and there was less need to make use of emergency funding than was feared at the start of the pandemic.”

The report asked firms to specify which label best characterised their response to the crisis. More than half (53%) said it should be ‘continue as usual’, while 30% preferred the description ‘cost cutter’ and the rest said ‘new business model’.

The NatWest Legal Report 2021 studied in detail 40 law firms across England, Wales and Scotland with a median fee income of around £5m and financial years ending from after the first national lockdown was announced to the end of June 2020. The data was taken from their first six months of trading.

Mr Mowbray said the rise in profits was a “startling outcome and not something that would have been expected when lockdown began”.

He went on: “Government emergency funding was taken up by some firms but the majority were able to remain solvent by deferring VAT and income tax payments, cancelling non-essential expenses and delaying partner profit distributions.

“Firms are now carrying higher cash balances than normal and there is therefore more of an opportunity to invest when opportunities arise.”

Managing partners, asked to comment on practice areas that had done well since the pandemic struck, highlighted residential conveyancing and family work, followed by personal injury and dispute resolution.

Residential conveyancing was also ranked second when they were asked which practice area had struggled the most, behind company and commercial work and followed by crime.

The median amount of furlough received by law firms in the first months after the pandemic hit was £132,000, amounting to around 5% of fee income.

Most firms (55%) said that, despite the shift to home working, the pandemic had resulted in “no real change” to the chargeable hours recorded per partner. The same percentage of firms said their staff had been working from home more than 75% of the time.

Law firms were optimistic about the future, with a third (33%) “very optimistic”, more than half (53%) optimistic and the rest ‘neither optimistic nor pessimistic’. None of them described themselves as pessimistic or very pessimistic.

David Weaver, head of professional services at NatWest, added: “Government support helped provide the buffer that mid-market law firms needed to withstand the lockdown so that they could serve clients when demand returned, as well as giving them a safety net to take advantage of future investment opportunities.”