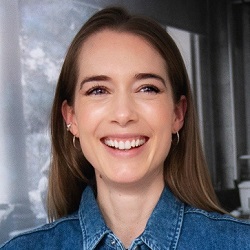 PocketLaw, a start-up aiming to provide a one-stop shop for the legal needs of SMEs, has secured further funding of £1.2m to scale up its new UK operation.

The Swedish start-up, which came to the UK this summer [1], said it was currently relied on by “hundreds” of UK companies, including telehealth pioneer Livi, e-scooter company Voi, and London restaurant Le Bab.

It said the funding would allow PocketLaw to further scale in the UK and move into other international markets, and bolster its senior team with new hires.

Chief operating officer Olga Beck-Friis said that, unlike other tech firms, the Swedish start-up was already making “significant revenue”, which had grown by 500% this year.

Ms Beck-Friis, who moved to London earlier this year to lead the firm’s international expansion, said that with the £1.3m raised in its first funding round, and £500,000 more in previous investment, the firm had brought in a total of £3m.

Ms Campbell said: “I’ve been so impressed with PocketLaw’s growth since I backed them in their previous seed round.

“I was convinced that their offering would transform legal services and that they would have no shortage of customers turning to them.

“Global expansion is always a challenge, but the team seems to have cracked the UK market in a short space of time. That, in combination with the impressive team and best-in-class product, gives them a great starting point to continue scaling internationally.”

PocketLaw was launched in Sweden at the start of the pandemic in April 2020. It offers guidance, document generation, company-specific templates and a contract management system.

SMEs needing advice from a lawyer in the UK are referred to London-based EBL Miller Rosenfalck.

Ms Beck-Friis said the PocketLaw team had doubled from the start of 2021 to 25 people.

“We have big plans both in the UK and Sweden, and expect our headcount to grow significantly to reflect this. We are currently hiring for a number of positions, from engineers to lawyers and sales representatives.

“The UK is our priority market currently but we definitely have plans to expand to other territories soon. Ultimately we want to build a one-stop legal solution for businesses all over the world.”

Meanwhile, amicable [2], an online service that helps divorcing couples draft their own documents and not use lawyers, has named Sir Ernest Ryder as an advisor.

Sir Ernest recently retired as Senior President of Tribunals, and was heavily involved in the court modernisation programme, and as a Lord Justice of Appeal. He has significant family law experience and was appointed judge in charge of modernisation of family justice in 2011

Kate Daly, co-founder of amicable, said: “Our business is committed to democratising the process of separation and divorce, and we believe appointing Sir Ernest will allow us to expand our influence and further improve access to justice for everyone in the UK.”

In a separate development, LawtechUK, a collaboration between growth platform Tech Nation, the Lawtech Delivery Panel and the Ministry of Justice, is inviting applications to join its ‘sandbox’ [3], which is designed to “fast-track transformative ideas, products and services” with the help of legal and financial regulators.

Five legal tech firms were chosen at the end of last year to pilot the concept and it is now open to a new cohort.

Lawtech said the latest group would “have access to a range of practical support and unique connections” for four months from October 2021, designed to accelerate their development.

They will benefit from “advice, support and guidance at pace from regulators”, along with “expert advice and feedback” to test and develop their idea or product, and access to data.

Applications are invited from UK tech companies, academics, legal businesses or consortia, with “potentially transformative ideas, products or services that address the legal needs of business and society”. The closing date is 3 September 2021.