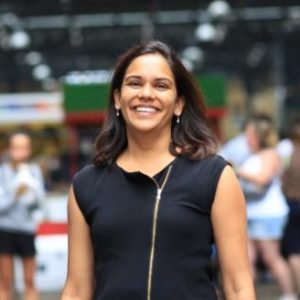 A service that aims to use artificial intelligence (AI) to make legal contracts readily understandable by consumers is the latest in our series of lawtech start-up profiles. Dan Bindman investigates six-month-old Nift, which is already employed by some big-name companies.

The platform claims to make the problem of contracts being hard to understand by end consumers who sign up to them a thing of the past. It reports that more than nine out of 10 people said it made “them pay more attention to their contract”.

The start-up, founded last August, has signed up NatWest and Lombard to improve the delivery of their financial contracts. Another major client is trades marketplace RatedPeople.com.

Client businesses that sign up to the service upload product, service, or employment contracts, which are then translated into ‘human’ language. A dashboard later enables clients to assess how their customers related to the contracts.

On its website the company claims: “We make contracts easier to understand. We increase customer understanding by using engaging annotations, innovative design and unique technology to power your contracts.”

It says that behind the scenes, Nift employs “human experts and [AI] to make your business contracts more engaging to your customers.

“With our self-improving algorithms and detailed analytics, Nift’s platform will continue to learn on how to increase understanding around contracts.”

Nift was started by Prehype, an “innovation and venture development studio” with offices in London, Copenhagen and New York.

London-based chief executive and co-founder Meeta Gournay, who is a partner of Prehype, said the idea for Nift arose when talking to a senior executive at the Royal Bank of Scotland. “We discovered that people not understanding contracts was a really big problem for them,” she said.

She continued: “In such things as retail finance, but also housing, car rentals and so on, where people sign contracts, they are surprised by things later on. I think it’s bad for the individuals but it’s also bad for the business that they engage with.

“Misunderstandings can result in low trust… all the way to complaints and eventually even regulators ripping up contracts and taking the side of the end consumer [in deciding] what was fair and reasonable that they understood.”

Fellow co-founder, and since 2010 Prehype’s chief financial officer, Stacey Seltzer, added: “When you speak to individual lawyers or risk managers, I would argue that their intent is not to mislead [but] to do right by their organisation and by their customers.

“[Yet] law is complex and there is a very specific legal language… I think sometimes when you are in the profession, things that seem very clear to you are not necessarily very clear to people who are outside of it. I think that’s true for any profession.”

Mr Seltzer stressed the company was “early on in the process of developing our data set”. So far, Nift was “a kind of light contract management system” to which clients could upload their contracts, which were then run through the algorithms and given “some manual touch-up”.

If clients were “comfortable with what the language is reflecting”, Nift then created “scenarios and questions and other ways of trying to make sure that their customers understand the process”.

Also part of Nift, an “end-consumer app, which you can think of as a kind of annotated contract platform” showed the consumer the contract plus annotations – “plain and simple explanations [plus] those ‘what if?’ scenario’s and questions around it”.

Finally, said Mr Seltzer, the system allowed for “a kind of risk assessment, a set of analytics that comes off of the viewing of those contracts” such as whether the customers were reading the contract, where they had difficulty, and “where there may be places that [the client could] continue to simplify language”.

If customers appeared to be struggling, the software enabled clients to intervene and offer assistance. A dashboard would give “the business a very good understanding of the contracts they have out there, that people have read them, whether they have understood them”, he said.

Both co-founders said they had finance backgrounds and had long experience of working with contracts. Mr Seltzer said that, in his career to date, “I really got to see the impact of contracts. Even in a small business… the impact of having good contracts and understanding them really matters.”

The pair said that eventually they would consider integrating Nift with new digital contracts, such as those deploying block chain security. But this was “a long way off”, said Mr Seltzer.