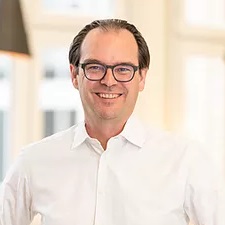 Hausmann: Tool could be a threat to some firms

A start-up launched by two former general counsel at Zurich Insurance Group has created a tool to help GCs compare the performance of law firms in addressing environmental, social and governance (ESG) issues.

Adrian Peyer and Yannick Hausmann said they believe the tool created by Swiss-based Impactvise, which uses artificial intelligence (AI), is the first of its kind and could also be used by law firms to measure their progress.

Mr Hausmann said there were “many GCs out there” who wanted to be proactive in their organisations on ESG but lacked the tools, while many law firms that wanted to measure more accurately their “huge investment” in ESG.

Mr Hausmann, who continues to advise Zurich on a part-time basis, said GCs tended to focus on “skills and fees” when comparing law firms.

“What we now have is an objective way for them to verify and select law firms on their ESG behaviour and match it back to the company’s ESG strategy.

“You could use it to rank and review your existing panel of law firms or when you considering engaging a completely new firm. It’s an opportunity for law firms who want to make a positive impact in terms of ESG and have not yet appeared on the radar.

“It could be a threat to others, who end up being deselected from a panel because of their failure to focus on ESG.”

Mr Peyer said the idea for Impactvise had been worked on for 18 months before its launch this June.

The tool uses natural language processing to analyse what law firms say about themselves on their websites and what other people say about them in the media. He described building the algorithm as an “ongoing process”.

Impactvise published a study this week of the ESG performance of 500 law firms across the globe, including the top 200 firms in the US and UK.

The study found that the average performance of law firms was “poor” compared to other sectors and there was “a long way to go to raise standards”.

The best UK performers were “more advanced and broader in the topics they cover” than the best US performers, but there were signs that the US was catching up.

Mr Hausmann said Impactvise had been self-funded until now but would look for external funding in the first quarter of next year.