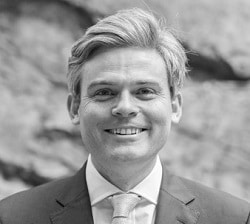 Strickland: Something strange is going on

A start-up is aiming to change the way large firms buy legal services by offering them a software tool to calculate and manage their costs.

ClearCosts [1] enables general counsel and other major buyers of legal services to calculate “a proportionate fee for each stage of a dispute” and measure the performance of the lawyers they have chosen.

Ed Strickland, a costs lawyer and director of ClearCosts, said research had shown that, despite the falling hourly rates charged by commercial law partners over the last five years, their fee income had increased.

Mr Strickland, also a director of Thomas Legal Costs, said: “It feels like something strange is going on. Corporations are saying that rates need to go down, but law firms are responding by increasing the number of hours they bill.

“Fixed costs on their own don’t work that well. Someone always ends up unhappy. We want to encourage a situation where there are shared goals between law firms and their clients, and legal services are seen as projects not problems.”

Mr Strickland said ClearCosts combined a software tool to help GCs calculate their costs, with the provision of management information to help them judge how well a law firm had performed against their goals.

“We want lawyers to be motivated by bonuses and clients to feel they are getting value for money. We want to break the cycle where people think that by paying their lawyers lower rates, they will get a better service. They won’t.”

Mr Strickland said ClearCosts was set up last year. The other directors are Richard Fisher, a partner at London and Bristol law firm Temple Bright, and Oliver Kemmis, who set up his own software communications firm, Globility, in 2003.

Mr Strickland said the original idea came from Mr Fisher, an insurance law specialist with a background as a quantity surveyor, who saw legal services as an industry where buyers have particularly limited purchasing power and law firms lacked incentives to perform well.

“We are looking either for a partnership or joint venture with a company, where we can go in, look at what they are doing and deploy our software.

“Companies could also instruct us to roll the product ‘out of a box’, but we would prefer the first method. It’s a complicated piece of software.”

Mr Strickland added that the company was at an early stage, looking for investors and involved in discussions with companies rather than securing deals.

He said the goal of ClearCosts for the next six months would be to achieve both of these things.