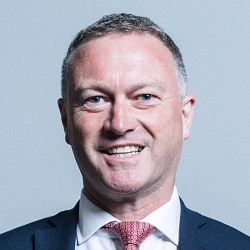 Reed: Honour to be appointed

An MP whose main professional link with the law is a spell as head of publishing at the Law Society at the turn of the century was yesterday named as Labour’s shadow justice secretary.

Steve Reed, who has been moved from shadow communities and local government secretary, takes over from David Lammy following leader Keir Starmer’s reshuffle.

Mr Lammy, a barrister, has been promoted to shadow foreign secretary after 18 months at justice.

Mr Reed, the MP for Croydon North since winning a by-election in 2012, is the first non-lawyer to hold the post since Labour entered opposition in 2010. Barristers Jack Straw and Lord Falconer and solicitors Sadiq Khan and Richard Burgon are his other predecessors in that time.

Lord Falconer, who was more recently shadow Attorney General, has been dropped from the shadow team altogether, replaced by barrister Emily Thornberry.

Mr Reed had 17 years in publishing, including three at the Law Society between 1998 and 2001. He then held legal publishing roles at what is now Thomson Reuters. Between 2006 and 2012 he was leader of the council in the London Borough of Lambeth. He joined the shadow cabinet in April 2020.

His website says he was the first Labour MP to introduce a major new Act of Parliament from opposition in 22 years. The Mental Health Units (Use of Force) Act 2018, known as ‘Seni’s Law’, bans the use of violent restraint of mental health patients and aims to end deaths in custody.

He tweeted: “With the guidance on the new law due out this week it’s an honour to be appointed Shadow Justice Secretary.”

His website says he also “won more time off work for parents of premature babies” and is campaigning to end the race pay gap.

Mr Lammy tweeted that it had been “a huge privilege” to serve as shadow justice secretary.