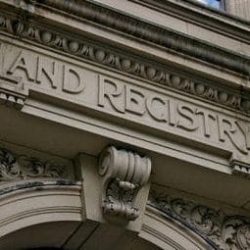 HM Land Registry (HMLR) was hit by a surge of 85% in complaints over the past year in the wake of the property boom sparked by the stamp duty holiday, its annual report has revealed.

“This reflects an increase in the number of customer contacts and applications overall as a result of the stamp duty land tax (SDLT) holiday, which increased activity in the housing market.

“Additional factors were internal training and engagement around complaints and further moves to centralise complaint resolution and customer contact. These have resulted in greater consistency in the identification and recording of complaints.”

HMLR said another factor behind the rise in complaints was feedback recorded before the end of the holidays at the end of June and September 2021, where dependent transactions needed to be finalised before the deadline.

“Also, following the suspension of our cancellation policy at the start of the coronavirus pandemic to allow customers additional time to reply to requests for information, we gradually resumed the policy which resulted in increased feedback in this area.”

Almost half of complaints were upheld, wholly or partially. The two main factors behind upheld complaints were delays with registration applications and associated customer enquiries and requests for information (requisitions) by HMLR.

Simon Hayes, chief executive and chief land registrar, wrote: “It has been a strong year for HM Land Registry. We have seen a 20% increase in demand for our services compared to the previous year, but still met our key performance indicators for customer satisfaction, colleague engagement and protecting the integrity of our registers.

“While we aren’t quite where we want to be on other key performance indicators, particularly overall speed of service, our deliverables this year have put us well on course to be able to address these issues sustainably moving forward.”

Mr Hayes said HMLR processed around 156,000 service requests from its customers every day,

“Today, our overall output is higher than it was three years ago, before the pandemic hit, but it has still not been able to keep pace at all times with the rapid increase in applications that we have received.”

HMLR said it prevented the registration of 44 fraudulent applications in 2021-2022, involving properties across England and Wales worth over £31m.

Meanwhile, a survey by the Conveyancing Association has found that over 80% of conveyancers sometimes (57%) or usually (25%) have had to raise post-mortgage offer queries with lenders.

Asked what single thing would speed up the post-offer process, almost half (48%) of conveyancers replied that it would be better communication via the lender portals, 36% securing a better response time to queries, and 11% greater consistency within UK Finance’s Lender Handbook Part 2.

Responding to the association’s lender survey, half of respondents said they had rarely acted for a client who had a mortgage offer withdrawn or amended, 27% said this had happened ‘sometimes’ and 8% ‘usually’.

Conveyancers were generally positive about the use of lender portals, with over 80% believing they benefit the profession, but a much smaller proportion, just over 50%, believing the charges to use them are reasonable.

Almost 80% of respondents believed that having the ability to sign documents such as mortgage deeds and transfers using a qualified electronic signature accepted by HMLR would improve things for customers.