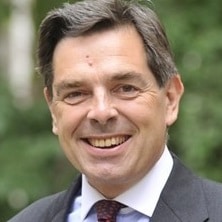 The Solicitors Regulation Authority (SRA) was wrong to sanction a senior finance partner at City giant Hogan Lovells for discriminating against his children’s pregnant nanny, a leading regulatory QC has said.

The decision raises questions about the extent to which the SRA should police solicitors’ conduct outside of their legal practice, according to Gregory Treverton-Jones QC of 39 Essex, whose practice focuses on defending solicitors in disciplinary cases.

Sylvain Dhennin, a registered foreign lawyer and head of Hogan Lovells’ high yield practice, was last year ordered by an employment tribunal to pay more than £18,000 in damages, compensation and interest to Saesi Muslipah for direct discrimination on the grounds of pregnancy and unfair dismissal.

In a rebuke published last month, the SRA said Mr Dhennin breached principle 6 of the SRA Principles – behaving in a way that maintains the trust the public places in the profession and in the provision of legal services – and by failing to notify the SRA, he breached the code of conduct.

Writing this week, Mr Treverton-Jones said that while a solicitor’s conduct in his or her private life may lead to unpleasant regulatory consequences – most commonly, where they were convicted of a serious criminal offence – “it is far from clear where the line is to be drawn in determining whether a solicitor has breached the SRA Principles”.

He continued: “Why exactly did the SRA consider that Mr Dhennin’s conduct was required to be the subject of formal disciplinary action?

“The decision records that it was the fact of the discrimination and the unfair dismissal, rather than the manner in which he fought the case, that led to the sanction… But why should this be so?

“In their private lives, solicitors may do all sorts of things that might be regarded as unwise, or worse, without having to report themselves to their regulator.

“The list is endless. What is it about the unfair sacking of a nanny that brings this within the purview of the regulator?”

Mr Treverton-Jones suggested that the SRA’s attitude may have been shaped by the publicity surrounding the employment tribunal decision – “yet conduct cannot be judged by the level of publicity which it attracts” – and greater scrutiny of behaviour which was targeted against or disadvantageous to women in the #metoo world.

A third factor, he suggested, may have been the fact that Mr Dhennin worked for one of the country’s biggest law firms.

“Last year the SRA’s chief executive Paul Philip was given a torrid time by the parliamentary committee looking into the use of non-disclosure agreements.

“It was put to him that the SRA has an unhealthily close relationship with the big law firms which it regulates. A successful regulatory investigation against a Hogan Lovells solicitor might therefore show the regulator in a good light with the government.

The barrister said he found Mr Dhennin’s case “very troubling”, pointing to the Court of Appeal ruling last year in Wingate & Evans, which said a solicitor’s duty to act with integrity did not require them to be paragons of virtue.

“What I fail to understand, as a matter of logic, is why sex discrimination committed by a solicitor in his private affairs, should have anything to do with the regulator, or should somehow damage the reputation of the profession.

“I do not believe that a doctor, an accountant, or even a barrister would be hauled over the coals by their regulator for the conduct which brought Mr Dhennin up against the SRA. Are the regulators of those professions out of step, or is the SRA in reality expecting solicitors to be paragons of virtue?”