SRA: We want to be accountable to Parliament, not the Law Society 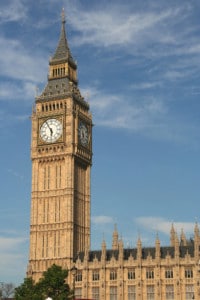 The Solicitors Regulation Authority (SRA) has asked the House of Commons’ justice select committee to assume responsibility for holding it to account once independence from the Law Society has been achieved.

The move appears to be an attempt to counter Law Society claims that the SRA’s form of independence would make it a “state-controlled body” accountable to the Lord Chancellor to the detriment on the reputation of the profession worldwide.

The society argues that it should set professional standards and award the title of ‘solicitor’, leaving the SRA – merged with the other standalone regulators created by the government’s plans for independence – to set and enforce minimum regulatory standards. The SRA counters that it should retain control over entry to the profession and standards.

In an interview with PoliticsHome yesterday, SRA chief executive Paul Philip said: “We think that we should be accountable to the public through Parliament, not accountable to an organisation that represents and lobbies on behalf of solicitors.

“We have written to the select committee asking if we could become accountable to Parliament through that route.”

It was not clear where the oversight regulator, the Legal Services Board, would fit into this picture.

Mr Philip argued that “if solicitors set their own standards, it is essentially marking their own homework. We think in order to bolster public credibility the people who set the standards have to be independent of the representative body and be independent of government. Setting standards is the role of the regulator.

“Most people taking legal advice from a solicitor don’t know much about the law and are relying on them doing the right thing. That being the case, it is right that those setting and monitoring standards are independent and focused on the interests of the public, not the welfare of solicitors.”

The society has put the importance of professional involvement in regulation at the heart of its vision, but Mr Philip said: “You have to work with the profession, which is why we travel across the country to meet with them week in, week out. That means we hear what is happening and can tap into the expertise out there.”

Mr Philip also raised again the issue of solicitors having to contribute to the Law Society’s activities through practising fees.

He says: “Solicitors currently don’t have the choice of whether to contribute to the funding of the Law Society or not. Whereas when you look at the British Medical Association – doctors have a choice over whether or not they join. Solicitors don’t have that choice; it is a mandatory tax whether the Law Society speak for you or not, just like trade unions used to be. The model is outdated so this is one area in which I’m sure we’ll see change.”

The letter to the select committee is part of the SRA’s aggressive approach to the independence debate, recently conducting an opinion poll which showed public support for independence but did not delve into the more nuanced questions of where responsibility for standards and entry to the profession should lie.