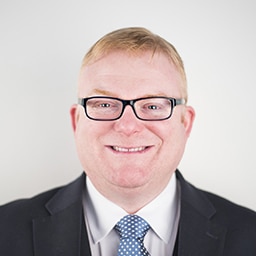 Bennett: folly for the SRA to get involved

A Court of Appeal ruling this week that exonerated claimant personal injury solicitors of gaming the system for low-value road traffic accident (RTA) claims is also evidence that the Solicitors Regulation Authority (SRA) needs to take more care when dealing with complaints by parties to litigation, it was argued yesterday.

Leading regulatory solicitor Paul Bennett, a partner in the Shrewsbury office of Aaron & Partners, urged the SRA to learn from the case and treat reports from litigation opponents “with more caution than it has over recent years”.

The issue focuses on the so-called ‘400 Club’ – solicitors who began a claim under the original 2010 RTA protocol, were paid £400 after completing the first stage, but then took no action to pursue the case beyond that.

A rule change in 2013 closed off the issue, but insurers have continued to argue the point about cases brought in the years before then.

Insurers brought a test case to argue that the money should be repaid, but an initial success before a district judge was overturned by the Court of Appeal this week, which found there was no rule which said the stage 1 costs should be repaid.

According to Mr Bennett, in 2012 some defendant insurers and their legal teams took to making reports to the SRA about what they considered the dishonest conduct of claimant firms in the ‘400 Club’, while also trying to leverage the complaints in their dealings with the firms. There is no suggestion that those involved in this week’s case did that.

He said: “Solicitors’ firms were disrupted and claimant lawyers were offended at the allegations raised. The SRA investigated a number of personal injury firms on the back of the defendant insurers’ perception.”

Giving the appeal court ruling on Tuesday, Lord Justice Briggs specifically addressed “what has come to be called the ‘400 Club’ point”.

He emphasised that there was “no evidence that any such practice did develop”, describing it as a “purely theoretical risk of abuse”.

Mr Bennett said: “The Court of Appeal hopefully has shown the folly in the SRA getting drawn into a litigation tactic.

He added: “Whilst defendant insurers and their legal teams may have genuinely believed firms were guilty of misconduct, their opinion and suspicion should be treated with appropriate caution in the future and any allegations lying on files should be withdrawn, given the Court of Appeal’s clear steer that no evidence exists to back them up.”

An SRA spokesman said: “We note the Court of Appeal judgment. We assess every complaint we receive on an individual basis.

“In deciding what we investigate, we take into account a range of factors, including the seriousness of the allegations and the evidence available. We focus our work on the cases that best serve the public interest and help maintain trust in high professional standards.”