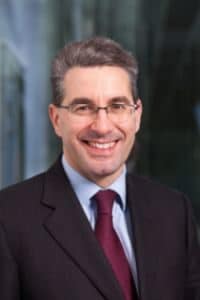 Litigation solicitors were today warned by their regulator not to prioritise the client’s interest over their other duties, stressing that they are not “hired guns”.

Balancing conflicting pressures in litigation was an occupational hazard for solicitors and clear cases of “excessive zeal” were “relatively rare”, the Solicitors Regulation Authority acknowledged in its 15-page report, Walking the line: the balancing of duties in litigation.

But solicitors’ duties to the court, third parties and the public interest should be balanced against fearlessly advancing their clients’ cases, it said.

Although access to justice for anyone with a reasonable case had to be protected, solicitors engaging in so-called “predatory litigation” – in which litigation was unnecessary or clients were induced to proceed despite there being no legal merit – and knowingly taking on weak or unwinnable cases, had been found to occur.

While conditional or contingency fee agreements mitigated the risk of this latter behaviour by giving solicitors a financial stake in cases’ outcomes, “there is evidence of misuse of such agreements”, the SRA claimed.

An example was the use of cancellation clauses in the agreements, where the solicitor cited “reasons that were already known to the solicitor from the outset”. This meant “the client had gained no benefit but incurred expense and a loss of time”.

Other improper behaviours displayed by solicitors unduly prioritising the client’s interest over their other duties included:

Paul Philip, the SRA’s chief executive, said the Walking the line report was one in a series aimed at assisting firms to deal with risk. He said: “Firms and solicitors will want to read these short reports and think about how they could use them to inform their own risk management.”