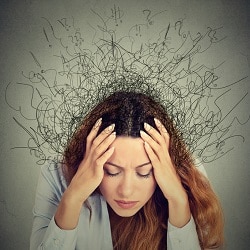 The Solicitors Regulation Authority (SRA) has warned law firms that imposing “wholly unreasonable workloads or targets” on staff could result in disciplinary action.

The SRA said it had received complaints that “some firms have an unsupportive, bullying or toxic working environment and culture”, which could “impact significantly” on wellbeing and mental health.

In guidance on the workplace environment published yesterday, the SRA said it recognised that “practising law can sometimes be pressurised and stressful, involving long hours, heavy workloads and dealing with challenging and demanding clients and situations”.

While a one-off complaint, arising for example from a single episode of bullying, was unlikely to lead to regulatory action, enforcement would focus on breaches that were “particularly serious in isolation, or which demonstrate a persistent failure to comply”.

The SRA was “likely to take action” where there was evidence of “a pattern of the abuse of authority by senior staff that has been left unchecked by the firm” or a complaint of discrimination, victimisation or harassment not dealt with by “in a prompt and fair manner”.

Enforcement action was likely where there were multiple complaints of bullying over a period of time with “inadequate action” taken by the firm, or evidence that incidents had not been brought to light “because of the firm’s culture and/or inadequate reporting and disciplinary measures”.

Further examples were a law firm pressurising staff to withdraw complaints, “ineffective systems and controls, including failure to supervise or support staff leading to serious competence or performance issues” and “the imposition of wholly unreasonable workloads or targets”.

The SRA said law firms should “do everything they reasonably can to look after their staff’s wellbeing in the workplace”.

At the same time as the guidance, the SRA published the results of a thematic review of workplace culture, including a survey of 200 solicitors and other law firm workers and in-depth interviews with a dozen law firms.

Most solicitors said their firms had a positive workplace culture, but 25% said they would be uncomfortable reporting “unacceptable behaviour concerns”.

The SRA said: “Firms who are striving to create a positive culture face several challenges, including balancing client needs and commercial interests with the wellbeing of employees.

“However, firms told us the benefits include improved employee retention, a more diverse, productive, and motivated workforce, and a better client experience.”

The SRA called on firms to establish a “no blame culture” and said 76% of solicitors reported that they were “very or at least somewhat comfortable” about admitting mistakes.

“Feedback from junior solicitors in our survey demonstrates how crucial it is for senior leaders to set the tone or risk creating a culture that focuses on blame and limits open dialogue.

“Remote working could also potentially lead to less confidence to report concerns if regular informal contact is not maintained between managers and employees.

“For example, a respondent explained that a benefit of working closely with other people was that small issues or concerns could be dealt with informally.”

Paul Philip, chief executive of the SRA, commented: “In the legal sector, a poor culture can not only affect personal wellbeing but also ethical behaviour, competence and ultimately the standard of service received by clients.

“That’s been coming through in our enforcement work and we are concerned that some workplaces could potentially be contributing to mistakes and misconduct.”