SRA warns firms and solicitors: co-operate or else 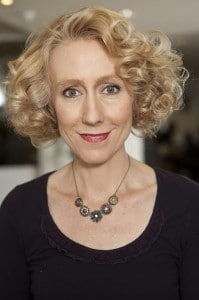 Barrass: if you’re not sure whether to report, you probably should

The Solicitors Regulation Authority (SRA) sent out a strong message yesterday that firms which fail to co-operate with it will face tough action.

It also emerged that the SRA is set to share details of the risks it considers law firms face with the new compliance officers for legal practice and finance and administration (COLP/COFA).

Speaking at a COLP and COFA event in London, executive director Samantha Barrass said that in taking action against those firms which have still not engaged with the compliance officer nomination process, “our aim is to send a message more broadly that we will take action against those who fail properly to cooperate with us, and so hopefully reduce the risk that the fees you pay will be wasted in needless chasing of firms in the future.

“Action on the grounds of failing to nominate on time will not be the only action we take and we will be moving to revoke licences and take further disciplinary action if remaining firms do not have the appropriate roles in place by 1 January.”

Moving on to look at how the SRA’s new approach to supervision is working in practice, she said that “the courts are demonstrating that they are also taking a very poor view of firms, or solicitors who work in those firms, who deliberately mislead their regulator and fail to co-operate with us”.

She gave the example of a court decision where it was the solicitor lying to the SRA which was judged the most serious aspect of the case, rather than his practising without insurance or authorisation.

Ms Barrass said the COLP and COFA approvals process is on track so that authorisation is completed by 31 December. Thousands have already been through the process – with decisions to be sent out “shortly” – while the SRA is checking more closely firms identified on a risk basis, nominations that are “highly complex”, and 150 firms for a random sample to check that self-declaration works.

It is also engaging with firms that have disclosed suitability issues, or where the person nominated is “completely unknown” to the SRA, such as an accountant becoming a COFA, as well as where the SRA’s risk-based assessment has flagged up issues.

Ms Barrass said sharing information with COLPs and COFAs will be “critical” in helping them manage the risks firms face. Later this year the SRA will publish its risk index, which identifies a full list of risks to meeting the regulatory objectives and will help compliance officers understand what the SRA means by risk. It will also publish the risk framework,  which will show how the SRA uses risk profiling, and early in the new year its risk outlook, which highlights emerging risks and areas where the SRA is likely to focus its regulatory resources. This will be supported by regular risk bulletins and COLP/COFA alerts.

Ms Barrass also offered COLPs and COFAs a “rule of thumb” if they are unsure whether a breach is material and so needs reporting to the SRA: “If you are unsure, it is probably worth letting us know.”

She added that the SRA was resisting pressure to produce more detailed guidance on breaches. “First we do believe well-run firms should be able to use their own judgement on what constitutes risk and a serious breach. Second, providing detailed prescription on what is and isn’t a material breach is a fool’s errand.”