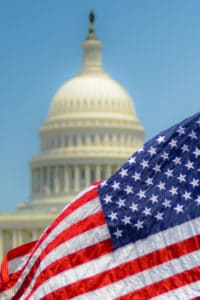 The Solicitors Regulation Authority (SRA) has urged the government not to agree to the mutual recognition of other countries’ legal qualifications in post-Brexit trade deals.

It told the Department for International Trade that the recognition of professional qualifications should be assessed on a case-by-case basis.

The department has issued initial consultations to inform its approach to negotiations for free trade agreements (FTAs) with the USA, Australia, New Zealand and the Comprehensive and Progressive Agreement for Trans-Pacific Partnership.

Each one records: “Members of the WTO’s General Agreement on Trade in Services (GATS) provide lists of commitments relating to maintaining the openness of their services sectors.

“In general, FTAs can provide opportunities to agree ‘GATS-plus’ provisions, such as… improving transparency of domestic regulation such as standards, licensing and recognition of qualifications.”

The SRA response to them said: “Recognition of professional qualifications should not be based on reciprocity but assessed on a case by case basis, to ensure that consumers’ interests are protected, and any restrictions are targeted and proportionate…

“We need to balance the advantages of an open and competitive market in legal services against the need for practitioners to be competent to practise as solicitors of England and Wales.”

The regulator said the better approach would be for it to assess the extent to which a candidate’s home legal qualification was “sufficiently similar in content and standard to enable them to practise safely as a solicitor of England and Wales”.

It continued: “Basing recognition of legal services on reciprocity would restrict our ability to evaluate comparability of an overseas qualification and to require adaptation measures only where necessary.”

The SRA explained that the current Qualified Lawyers Transfer Scheme would be replaced (QLTS) – in September 2020 at the earliest – by the Solicitors Qualifying Examination (SQE), which will cover both domestic and international candidates.

“Under the SQE, we will have a consistent approach to recognising international legal qualifications. Where any qualified lawyer – whether from an EU jurisdiction or elsewhere – can demonstrate that their home qualification is equivalent in content and standard to the SQE, or part of it, they will be exempt from the relevant elements of the SQE.

“Work is currently underway on mapping the jurisdictions and qualifications that we currently recognise and developing a process for identifying equivalence with the SQE.

“This means that any additional requirements are the minimum needed to ensure consumer protection.”

The SRA said that, like the QLTS, the written components of the SQE would be available worldwide, but it would consider in future whether all of its elements – including oral assessments of legal skills like client interviewing and advocacy – may be available internationally, so that people would be able to qualify as solicitors without being in the UK.

“This approach will help spread and support the practice of English and Welsh law throughout the world,” it concluded.