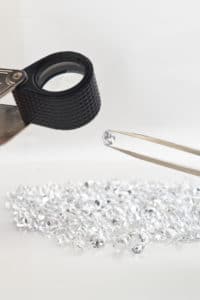 Diamonds may not be a consumer’s best friend

The public is to be warned that solicitors are operating as “middlemen” to facilitate fraudulent high-yield investment schemes, the Solicitors Regulation Authority has revealed.

The SRA is to educate the public about the dangers of what it described in a draft warning notice it plans to distribute as “‘get rich quick’ scams”.

They include foreign investment schemes that include holiday properties that have not yet been built, purported trading in carbon credits, landbanking, overseas agricultural rights, ‘rare earth minerals’ and diamonds.

The draft notice is uncompromising in how it tells consumers that the solicitor does not act for them and that they should not place any reliance on the involvement of a law firm in such schemes.

“The involvement of a law firm or solicitor does not mean security. In fact, it may be a warning sign because it is being used as a selling point,” it says.

The notice also warns people to be wary of solicitors offering ‘undertakings’ to secure schemes. “This is not a proper use of solicitors’ undertakings and may not give your protection or security.”

It tells those seeking to invest should seek advice from an independent law firm or other trusted adviser.

According to a paper before this week’s SRA board meeting: “The public suffer substantial losses from these schemes. They take misplaced comfort from the involvement of a law firm that is not acting for them…

“The overall policy concern is to discourage ‘investment’ into schemes that are ‘too good to be true’ and not to provide a safety net for imprudent investment.”

The unusual move follows a stern warning notice that the regulator issued to solicitors last month, in which it promised to shut down those firms involved in such schemes “urgently”.

The paper said investment scams appeared to be “an increasing risk to the public”, with both the number and value on the rise. Between both established and suspected scams involving solicitors, the SRA estimated that consumers had lost about £300m. It suggested that low interest rates were leading investors to take risks to improve their returns.

The SRA said fraudsters were attracted by the credibility that solicitors gave such schemes, particularly with indemnity insurance and the compensation fund. They also like the use of client accounts both to reassure clients and to assist the fraudsters in dealing with the proceeds, because they have come from a regulated firm.

The paper said: “Fraudsters and solicitors review warning notices and design their frauds to avoid red flags. In many of the cases, solicitors purport to carry out some functions such as doing identity checks on investors, obtaining their signatures to contracts, or providing an ‘escrow’ service [so as] to argue that they are providing legal services.”

If insurers either refuse to pay up or use the aggregation clause to reduce their liability by treating multiple claims arising from the same event as one claim – a term of solicitors’ insurance currently under consideration by the Supreme Court, as it happens – then it falls to the SRA compensation fund to pay out, although it will decline to do so if the client has acted imprudently.

The paper said the SRA needed to alert the public that the involvement of a law firm that is not acting for them “is no guarantee that their rights will be protected. We also need to alert them that compensation may well not be available”.

It will promote its warning notice through social media and traditional media channels.