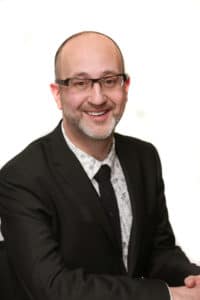 Passmore: We may see a thousand flowers bloom

The Solicitors Qualifying Exam (SQE) – the proposed centralised test for anyone wishing to qualify – will be split into two stages, with the first consisting mainly of computer-based questions, the Solicitors Regulation Authority (SRA) revealed yesterday.

Unveiling detailed plans for the SQE yesterday, the SRA made it clear that there will be no exemptions from the new exam for law students or foreign lawyers.

Intending solicitors would need to have a degree or equivalent qualification, and have undertaken a substantial period of workplace learning before being able to pass the SQE.

The idea of the centralised test is to ensure there is a consistent benchmark for would-be solicitors, given the increasing variety of ways in which they can reach the point of qualification.

The regulator said it expected many aspiring solicitors to take SQE stage 1 before their work experience and stage 2 after it.

Each assessment would use “computer-based, objective testing”, including multiple-choice questions. They would last for three hours, apart from wills and trusts, which would last two hours.

The SRA said computer-based testing was “widely used in other high-stakes professional assessment, such as medicine and pharmacy” to discriminate between competent and non-competent candidates.

“It is also used in the assessment of lawyers. For example, it is used in the United States as part of the multi-state Bar exam (and therefore to admit attorneys in major jurisdictions like New York and California).”

The SRA said multiple choice questions provided a “far more consistent, objective and robust form of assessment than traditional essay-type examinations” and could assess a “breadth of knowledge, sampling a wide range of the curriculum”.

Stage 1 would also include an assessment of legal research and writing skills, carried out online.

The SRA said stage 2 of the SQE would be an assessment of the skills of client interviewing, advocacy, case analysis, legal research and legal drafting.

This would be done partly through “role-play exercises with trained actors playing the part of clients, colleagues or decision makers”. For legal research, candidates would be asked to use a legal database to complete a task, while for legal drafting they would produce documents, “both freehand and by reference to an electronic precedent bank”. All written tasks would be completed on a computer, and would amount to a total of 20 hours of testing.

Responding to criticisms that SQE could add to the cost of becoming a solicitor, the regulator said that since there would no longer be a regulatory requirement to take the legal practice course (LPC), “an average of £12,000” would be removed from the cost of qualification.

The SRA said the cost of preparing for the SQE was unlikely to be “greater or equivalent” to that sum. Foreign lawyers would not be exempt from SQE, and unlike the current position for Qualified Lawyers Transfer Scheme candidates, would have to show “equivalent-length work experience”.

However, the SRA would not be drawn on whether this experience should be two years, as is presently the case, or reduced to 18 months.

Rejecting calls from universities, the SRA said it was “not appropriate” to exempt law graduates or those who passed the graduate diploma in law (GDL) from the SQE.

The SRA said all foreign candidates and apprentices would be required to take the SQE from September 2019. Those who started a law degree or conversion course in September 2019 would also have to take SQE, and the “long-stop date” for the traditional route would be 2024.

In June, the SRA bowed to fierce opposition from universities and law schools, and put its plans to introduce the SQE on hold. The SRA board was due to make a decision in principle on whether to go ahead with it, but instead announced this further consultation, with no decision before spring 2017.

“Different universities and institutions are teaching the law degree and LPC differently,” Crispin Passmore, executive director at the SRA, said.

“Given this increasing variety and flexibility, can we really be confident that everyone who qualifies meets the robust standards that we and the public expect? I don’t think we can be. Something has to change.”

Mr Passmore went on: “If students and law firms decide the LPC is the best way of preparing people to meet the standards the regulator demands, it will survive.

“It might suit some. Others will want a different approach. We may see a thousand flowers bloom.

“The only way it will be more expensive would be if everyone does what they do now and adds on the SQE. The new approach allows people not to do the LPC. It is a much more cost-effective form of training. It will be good for students, good for firms and good for legal services, and good for diversity.”

Mr Passmore said the test of whether the solicitor brand would be diluted was whether the SQE would be easy to pass. He said all parts of the new exam would have to be passed.

“You can’t do well on one section and fail another. You will have to pass it all, and it’s a big assessment. There are lots of questions in stage 1, to make sure you have the breadth of knowledge to be a solicitor. Stage 2 is a deep assessment of the wide set of skills you need to be a solicitor.”

In a separate development, the Bar Standards Board has launched a consultation on its training plans for aspiring barristers.

The consultation outlines three options: retaining the status quo of law degree or GDL, followed by vocational training through the Bar Professional Training Course and work-based learning through a pupillage; allowing a new combination of vocational and work-based learning; or creating a new exam combining academic and professional learning followed by a short skills course and then a pupillage.