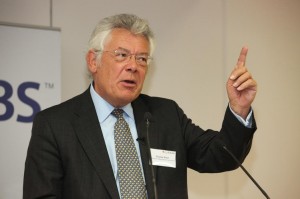 Plant: should the market decide?

Complaints from competitors that a law firm is engaging in predatory pricing are difficult to deal with, the Solicitors Regulation Authority (SRA) admitted last week.

At the same time, regulators were urged to make it easier for firms to inform them about what other practices in their area were up to.

However, he argued that they were inhibited from contacting the regulator for fear of being seen to be “having a go at your competitors”. A mechanism should be found to encourage this type of reporting, he said.

SRA chairman Charles Plant responded that the most difficult situation for regulators was what to do when reports from local firms came in accusing a rival of operating unsustainable business practices. Loss leading in pricing might be acceptable when a firm had a diverse practice, but not when it was applied to its core business, he pointed out.

“Do you simply say ‘well this is the market’? Do you simply wait [for the firm to fail] or do you actually step in and have a very hard look at the business practices that firm is operating?”

Sandra Neilson-Moore, managing director at professional indemnity insurance broker Marsh, said regulators should not imagine they can prevent lawyers from “doing bad things” altogether. “You can get a little bit carried away with going in and intervening before the fact. At the end of the day, if somebody is trying to keep you from finding out that they’re doing bad things and is hellbent on doing bad things they will probably do them.”

The key, she said, was to act swiftly and firmly when wrongdoing was discovered. “I think regulators should not bite off more than they can chew. I think that what they should concentrate on is curtailing bad behaviour and not trying to make perfect law firms.”

Insurers could also act as valuable informants on misconduct in the marketplace, so regulators should “make a point of being friendly” with them, she added.