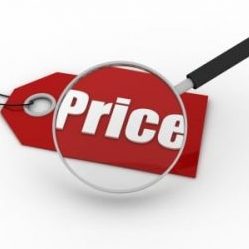 Compliance with the rules on price and service transparency is improving but a stubborn minority are facing disciplinary action, the Solicitors Regulation Authority (SRA) has said.

The news comes as the Law Society has said the rules have helped firms internally, with staff having a better understanding of pricing.

The rules were introduced in December 2018 and the first sweep of law firm websites carried out by the SRA in spring 2019 found that only 25% were fully compliant.

Earlier this year, law firm consultancy DG Legal’s survey of 422 websites showed that around 90% of firms were not complying with the price transparency rules, mainly by either not giving enough information or not making it sufficiently prominent, rather than not publishing anything.

In his newly published report to last month’s meeting of the SRA board, chief executive Paul Philip said its initial work led to “a small number of firms” being disciplined for persistent non-compliance, receiving internal sanctions such as fines and rebukes.

“Following a temporary pause of this work during the early stages of the Covid-19 pandemic, we have now re-commenced work to assess levels of compliance in this area.

“This has included a survey of 470 firms that we undertook in July. Early indications suggest that compliance levels are improving but there remains a small minority that have either not responded to our enquiries or have not provided sufficient assurance.

“We will be following these issues up over the coming weeks and will make further referrals into our disciplinary procedures if required. We will also be writing to further cohorts of firms over the next four months to assess ongoing levels of compliance.”

The SRA’s 2020-21 business plan commits to increasing the resources it puts to reviewing law firm websites and enforcing the rules.

The transparency push came at the behest of the Competition and Markets Authority’s (CMA) 2016 report on competition in the legal market and it is currently reviewing the progress made since.

In its submission to the CMA, the Law Society noted the “encouraging” signs from SRA research showing that 68% of the consumers who accessed legal services in the last 18 months have looked at prices made available by firms, a figure that dropped to 56% for SMEs.

The response has been “more mixed” from solicitors, it admitted, drawing on its own qualitative research, which has involved holding six online roundtable discussions in the last two months with around 70 solicitors from firms of different sizes, many of whom were compliance officers.

The Law Society said: “Members identified some benefits from displaying their prices online. For example, firms have indicated the exercise of providing pricing information has been a useful one in prompting them to take a more holistic approach to their pricing structure.

“Others indicated that the exercise of displaying prices has assisted support staff in firms in their understanding of the complexity of the pricing structure that is being used.

“This greater understanding and knowledge is having a positive consequent effect when the support staff talk to clients, helping to highlight to support team members that they are also a necessary element in the legal transaction, as well as the fee-earners.”

The society said the true impact of the changes “is likely to be something that can only be properly analysed further down the road”.

The Council for Licensed Conveyancers (CLC) told the CMA that the transparency measures may have led to more shopping around – 30% do, according to the most recent research by the Legal Services Consumer Panel – but “that has not translated into a reduction in prices in the CLC’s regulated community since the introduction of the new rules”.

It said that the near-100% compliance with its transparency rules, seen after they were introduced at the same time as the SRA’s, has dipped in the latest review of firms’ websites earlier this year, primarily in relation to costs information.

“During this second review it was observed that although many websites offered a quote generator, a customer is required to provide personal details and contact information in order to use it.

“In other cases, websites offer costs information in an alternative format which is not considered compliant with the CLC’s Informed Choice guidance, for example they have only provided a minimum fee for a service or do not provide adequate information on disbursements.”

Work to bring non-compliant practices into compliance should be finished this month, the CLC said, and the regulator is also looking at why levels of compliance have fallen and whether any rules or guidance needed to change.

Research published in July found that only 37% of barristers, chambers and firms regulated by the Bar Standards Board are fully complying with its rules on price and service transparency.