SRA to tell insurers: disclose your credit rating to solicitors 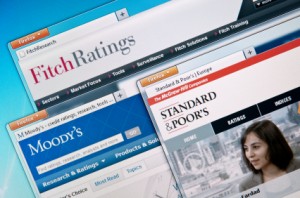 Professional indemnity insurers will have to disclose their credit ratings to solicitors under plans to be approved by the Solicitors Regulation Authority (SRA) next month.

However, the SRA is to drop the requirement that insurers give policyholders a month’s notice of their intention not to renew cover.

Last April the SRA published a policy statement on how it intends to reform PII – including scrapping the assigned risks pool (ARP) from October 2013, after which firms will have 90 days to secure insurance or shut down, with run-off cover provided by their most recent insurer – and then consulted on both this and the detail of the changes.

It reported today that the 38 respondents to the consultation broadly supported the main thrust of policy statement.

On the detail, there was strong support for credit rating notification – or financial strength rating in its absence – and even some calls for the SRA to set a minimum credit rating, to which it did not accede.

Most respondents were against notices of intention not to renew cover, believing that it cannot work in practice – there were concerns that insurers would send the notice to all firms, while other arguments included the need for the profession to take responsibility themselves in submitting proposal forms in a timely way.

Even though there was evidence of a campaign by one insurer to encourage its policyholders to write in against this proposal, the SRA said it had in any case reconsidered its position. “It is an unnecessary interference in the market which could actually result in unacceptable distortions.”

The SRA rejected Law Society calls for a rethink over how ARP liabilities will be apportioned in its final year, 2012/13. The April statement said solicitors will pay the first £10m and insurers the next £10m, alternating up to £60m, above which insurers alone would be responsible. The society suggested that liabilities simply be shared 50:50.

The SRA said its approach provided “additional stability to the insurance market through the removal of the need for qualifying insurers to earmark this sum as an emergency fund for the ARP, thereby reducing average premiums charged to firms obtaining open market insurance”.

SRA chief executive Antony Townsend said: “As a public interest regulator, our objective is always to ensure that we have a comprehensive set of arrangements to protect clients through compulsory PII and the compensation fund. This was our only consideration when drawing up our responses to the comments made.”

The SRA’s board will be asked to approve the necessary rule changes in May.

Meanwhile, new Law Society research into solicitors’ 2011 renewal experience found some evidence that it is becoming easier for the profession, with insurers’ response times improving, for example.

However, while firms are starting to become more likely to shop around for quotations, the society said many could still make better use of the available market; 24% of firms, particularly smaller ones, approached only their existing insurer for cover and the research found that those firms which remained with their existing insurer were less likely to see a decrease in the cost of their premium.

The results indicated that the market remained relatively stable between 2010 and 2011, with the median 2011 premium of £16,980 just a shade higher than 12 months earlier. The average percentage of gross fee income spent on PII was 5.4%.