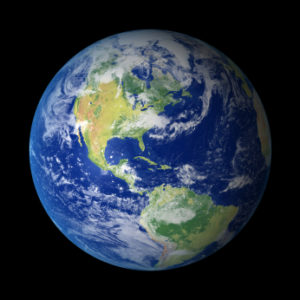 Legal regulators from around the world have agreed to create an information-sharing network as a first step towards the eventual formation of a global regulators’ organisation.

It is envisaged that initially the network will encompass basic information on the regulated communities, disciplinary referrals involving specific cases, and a discussion forum. Topics that could be discussed include regulatory issues arising from the emergence of cloud computing and virtual law firms.

The move was agreed at the first international conference of lawyer regulators, hosted in London last week by the Solicitors Regulation Authority (SRA). As well as representatives of the UK’s regulatory bodies, it was attended by senior regulators from many – mainly common law – jurisdictions, including the US, Canada, Ireland, Australia, Hong Kong and several African countries.

The outline of an international lawyer regulator network was set out by Laurel Terry, a professor of law at Penn State University in the US, who has previously advocated its creation.

She said regulators around the world deal with many of the same issues and face similar challenges. “We've got lightning swift developments and it is essential that there is a meeting place for regulators to pool their power, their intellectual resources, their experience, and their information.”

Professor Terry said one of the “take-aways” for her from the conference was “a pent-up demand from people who I will call ‘day job regulators’ to interact with one another to share information about what they do, to find out what other jurisdictions do, and to talk about their jobs.”

She referred to other regulatory fields where international bodies had been created, including securities, competition/anti-trust, banking and insurance. She said it was “OK to start small” and pointed to other international regulator networks which had “started out with a handful of countries and now have global reach”.

Antony Townsend, the SRA’s chief executive, endorsed the idea of an international network. “The sharing of information [is] always a good thing but probably the most important things for us are identifying areas of international cooperation and then learning how we regulate most effectively – learning about the tools, learning about developments, what we do well and what we do badly.”

Professor Terry said that information on the titles of regulated lawyers around the world was difficult to obtain, apart from within the European Union where it was possible to consult directives. In respect of the rest of the world “it would be a giant step forward to have a list of lawyers and who their regulators are”, she said.