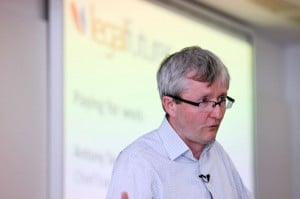 Townsend: SRA has two risks to its independence

Legal Services Board (LSB) should be focusing on the way the chairs of the frontline regulators are appointed, not on ensuring they are non-lawyers, the Solicitors Regulation Authority (SRA) has said.

Responding to the LSB’s consultation on requiring all the regulators to have lay chairs, the SRA said it relies upon “an assumption that wherever the regulators have not gone as far or as fast as the LSB might have wished, a significant cause of that is that the regulators have been over-influenced by close ties with the profession being regulated”.

This ignored the possibility that the regulators have concluded that their actions were in the interest of consumers and the wider public interest, the letter from chief executive Antony Townsend said.

“While we consider that the absence of structural separation from the Law Society has inhibited progress in some areas, the SRA’s programme of radical reform has not been inhibited by its board’s professional membership.”

However, he said that because the SRA is not structurally independent from the Law Society, the need for, and arguments in favour of, a lay chair are “significantly stronger”.

“This is because the SRA has not one, but two, risks to its independence: the professional capture issue raised by the LSB, and the risk arising from the influence that could be directly applied to the SRA by the professional body due to the absence of full structural independence.”

Nonetheless, the SRA board concluded that focusing on the background of the chair is the “wrong approach”, Mr Townsend said.

Instead the LSB should be looking at the “more significant deficiencies” in the current internal governance rules on the appointment of the chair, which he described as “permissive and general”.

He explained: “In particular, the process can be run by the professional body (albeit with the involvement of the regulator), and there is no requirement that the selection panel should have people with consumer or wider regulatory experience.

This gives rise to the “obvious risk” that a chair may be appointed because of his or her perceived willingness to advance the interests of the professional body and the profession.

Instead the regulatory bodies should design the competencies and appointments process in consultation with the professional bodies, coupled with a requirement that the arrangements are approved by the LSB.

This could be supplemented with tighter requirements for the composition of appointments panels – such as having an independent chair and a lay majority, including people with broad regulatory and consumer experience – and delegating the entire process to an independent panel.

Though acknowledging that a lay chair could strengthen public confidence in the independence of the SRA (and other regulators), the primary argument against requiring one was that “it cuts across the principle of securing the best person for the job”, said Mr Townsend.

“It is arguably inappropriate to exclude an individual who might be the best candidate for the role simply because they had, say, begun their career as a solicitor many years previously but subsequently gone on to have a successful and relevant career in other fields.”

Also there was a case for saying that “a strong professional chair helps to champion and drive through reform within the regulated constituency”.

Mr Townsend added that the LSB prohibiting a professional chair could damage the international perception of the independence of the English and Welsh legal profession.