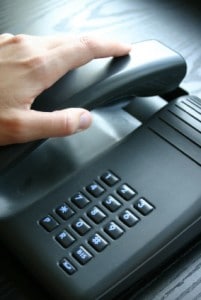 A report on the Solicitors Regulation Authority’s (SRA) pilot on supervision of low and medium-risk firms has concluded that the regulatory risks posed by participating firms fell during the period of supervision.

Feedback from the 100 firms involved was “overwhelmingly positive”; they were “encouraged by the constructive nature of the dialogue with supervisors”, which helped them to identify and tackle risks.

The report found that the two supervisory approaches it tested – desk-based and visit-based supervision – provided “effective” supervision for medium and low-impact firms. Desk-based supervision involves immediate involvement with firms by telephone to discuss risk areas and compliance, which was helpful in resolving problems quickly, the report said.

The supervision pilot, which ran from January 2011 to 30 September 2011, focused on lower-risk firms and tested the SRA’s risk-based oversight of solicitors under its outcomes-focused approach to regulation.

The report analysed key risks associated with firms in the pilot at the outset and at the end categorised them in six areas: fraud/dishonesty; instability/financial failure; operational risks; competency, fitness and propriety; market risks; and external perception. In the majority of firms, risk levels decreased during supervisory engagement. The most common risk areas were instability/financial failure and operational, and in both cases the majority of firms started the pilot as medium risks and ended it as low risks.

The report explained that under the supervision approach – which includes relationship management for higher risk or “high impact” firms, also piloted last year – “firms are viewed holistically from one central point rather than potentially by several individuals or units across the SRA as has previously occurred”, ultimately leading to time and costs savings”.

The report said the main aim of the pilot was to trial the use of initial telephone contact, by which SRA supervisors, when possible, could “build a rapport with firms, educate firms in relation to OFR, promote the SRA and the supervision function and what it aims to achieve and work with firms to help them identify risks, manage down those risks and improve standards thus ensuring that the right outcomes are provided for clients.

Depending on whether SRA supervisors considered firms for which they were responsible presented risks after detailed profiling based on information held by the SRA, they could simply monitor firms without engagement, use desk-based engagement, or onsite engagement. During the pilot, regulatory and/or disciplinary action was pursued in relation to 17 of the pilot firms.

On the central theme of the pilot – the use of telephone advice to firms – the report concluded: “Feedback… indicates that immediacy of contact by telephone with firms to discuss risk areas and compliance issues encourages constructive engagement and aids prompt resolution of issues. Previously, the SRA tended to use written correspondence as a means of engagement with firms to raise and resolve issues ranging from the very low risk to the very serious. This approach had greater potential to lead to protracted exchanges of views.

“Greater use of the telephone enables supervisors to more easily build a rapport with firms which aids constructive engagement and helps establish positive working relationships with the regulated community. Where there are serious issues, clearly it may be necessary to communicate formally.”