SRA spells out how to lack integrity without being dishonest 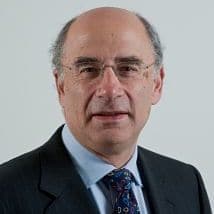 The Solicitors Regulation Authority (SRA) has set out ways in which solicitors can fail to act with integrity – the source of much debate over the extent to which it differs from dishonesty.

The new guidance note is effective from 25 November 2019, when the SRA will introduce revised ethical principles as part of its new Standards and Regulations.

Solicitors are required, under principle 5 of the new Code of Conduct, simply to act “with integrity”.

The issue has come to the fore over the last two years with conflicting High Court rulings. In one, lack of integrity was held to be synonymous with dishonesty.

However, overturning this, the Court of Appeal last year described integrity as a “useful shorthand to express the higher standards which society expects from professional persons and which the professions expect from their own members”.

Just last month, the High Court rejected an appeal by a solicitor who argued that, because the Solicitors Disciplinary Tribunal decided he had not been dishonest, it should have dismissed allegations of lack of integrity.

“This means that it is possible to behave without integrity without necessarily being dishonest.”

The SRA said it was “likely to take disciplinary action for lack of integrity” where there had been a “wilful or reckless disregard of standards, rules, legal requirements and obligations or ethics”, where a law firm or individual had taken “unfair advantage” of clients or third parties, where a firm or individual had “knowingly or recklessly caused harm or distress to another”, and where clients or third parties had been “misled or allowed to be misled” – except in the case of simple errors immediately corrected.

The SRA said that, if the circumstances of a case demonstrated dishonesty on the part of a firm or individual, then it would take action for breach of new SRA principle 4 (acting “with honesty”).

However, it might also take action for lack of integrity, particularly where allegations were contested and pleaded in the alternative.

The regulator gave six examples of where it had previously taken disciplinary action against solicitors who acted without integrity, and where its approach had been upheld by the courts.

These were creating a sham partnership to avoid the sole practitioner requirements; recklessly but not dishonestly misleading the court; putting the solicitor’s own financial interests before those of the client; making improper payments out of client account; failing to protect clients from mortgage fraud; and making false representations on behalf of the client.

The guidance ended with a quote from Sir Brian Leveson in the High Court in Williams v SRA, in which the then president of the Queen’s Bench division also distinguished between the two concepts.

He said: “Honesty, i.e. a lack of dishonesty, is a base standard which society requires everyone to meet.

“Professional standards, however, rightly impose on those who aspire to them a higher obligation to demonstrate integrity in all of their work.”