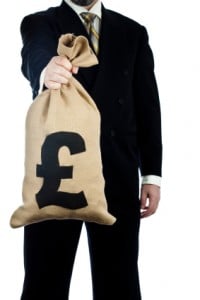 The Solicitors Regulation Authority (SRA) has slated the suggestion by the Legal Services Board (LSB) that approved regulators should collect and publish all referral agreements between introducers and lawyers, which the SRA estimates run to many thousands.

It has also questioned the economic analysis underpinning the LSB and its consumer panel’s thinking that found no evidence that lawyers were not acting in consumers’ best interests, arguing that there is “clear evidence” of such activity.

The idea of increasing transparency by publishing agreements, contained in the LSB’s discussion document on referral fees, came as a surprise and had not been recommended by the consumer panel. The LSB has recently offered informal discussions with the SRA to discuss other approaches, which indicates that it is backing away from the plan.

In its response to the discussion document, which was otherwise broadly in favour of the LSB’s approach to not banning referral fees but increasing transparency, the SRA said the publication proposal was neither risk-based nor proportionate, and that logistics would also present a major problem.

“The sheer volume of referral arrangements and the fact that the schemes are constantly being re-written raises serious concerns. There are approximately 2,000 law firms working with approximately 8,000 different referral businesses. Each business may operate more than one scheme and our experience is that scheme documentation (which can range from a few pages to hundreds of pages in length) is regularly revised…

“As a preliminary assessment there are significant concerns as to resources. From a technical perspective, even if money were to be successfully invested in building a usable and accessible automated web-based interface, ongoing resource implications would remain, e.g. to ensure that the content is up to date, accurate and appropriate. From a compliance perspective, it is difficult to see how we could effectively monitor, without investing disproportionate resources, whether each firm has in fact fulfilled its obligations and resources would also need to be committed to enforcing the requirements where problems are discovered.”

The SRA said its own consumer research has shown that consumers are not overly concerned about referral arrangements provided that they are informed of the existence of the arrangements. If the LSB wanted to continue down this road, however, it said a “far more proportionate” approach would be to make it clear that the arrangement itself is available from the firm for inspection by the client if the client wishes to see it.

It said a better approach would be to require regulators to collate enough information about firms’ referral arrangements to assess the risk posed – which the SRA currently does – and then look to publish relevant data.

The response also took issue with the economic analysis undertaken by Charles River Associates for the LSB, saying “we are concerned that in assessing the impact upon independence and firms acting in the best interests of clients, the LSB has relied too heavily upon a restricted set of statistical analyses rather than the numerous examples of findings and admissions of actual misconduct in this area”.

Charles River looked at indicators such as changes in complaints levels, solicitors’ charges and quality since the referral fee ban was lifted in 2004, which the SRA explained were unreliable on a number of grounds.