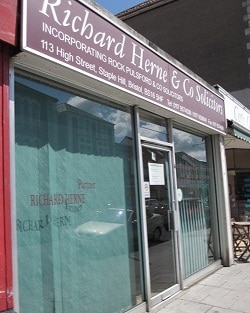 The Solicitors Regulation Authority (SRA) has today shut down a 16-office law firm consolidator with 180 staff across the country.

It is highly unusual for the regulator to intervene in such a large practice.

In a notice, it said Kingly Solicitors, which has been an alternative business structure since 2017, has not complied with one or more of the terms of its licence.

Further, there was “reason to suspect dishonesty” by Nurul Miah as a manager of the firm. According to Companies House, Nurul Miah – who is not a regulated lawyer – resigned as a director in May 2019.

The SRA has also intervened in the practices of the three directors, Simon Hutcheson, Simon Peacock and Champika Ratnayake.

Kingly Solicitors, which changed its name last year from RH Legal, covers a wide range of private client and business areas of practice.

On its website, Kingly says that “since 2016 RH Legal (Bristol) Ltd has been acquiring proactive, agile and successful law firms across the UK”.

It added: “With over 14 locations as part of their portfolio, RH Legal (Bristol) Ltd rebranded to become Kingly Solicitors in September 2019 and are confident that their portfolio of locations and services will continue to grow in the forthcoming months.”

The most recent acquisition was London criminal law firm Hughmans, which joined Kingly this year.

The most recent accounts filed with Companies House are for the year ending 31 March 2019, and are abbreviated ‘micro-entity’ accounts that only feature a balance sheet.

Most of the acquisitions the firm made were last year and so were presumably too late to push its turnover up to the level where fuller accounts have to be filed.

The accounts were approved by the board on 19 March 2020 and signed on its behalf by ‘N Miah’ as director.

The only comparable intervention by the SRA in recent years was that of Blavo & Co, which had 18 offices when it was closed down in 2015.

Though that required seven different law firms as intervention agents to assist the regulator with the process, the SRA is only using two for Kingly: Devonshires and Gordons.