SRA: Sharp rise in reports of harassment and NDAs 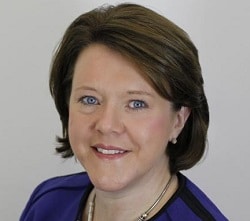 Miller: Progress being made by legal regulators

The Solicitors Regulation Authority has seen a sudden rush in reports of sexual harassment and improper use of non-disclosure agreements, it has emerged.

Meanwhile, the Bar Standards Board (BSB) is backing pilot harassment support schemes by offering to waive the requirement that barristers report harassment when they are aware of it.

The news comes as MPs have described legal regulators as among the few to have taken action since its report on sexual harassment in the workplace earlier this year, which included a focus on the use of NDAs.

The House of Commons’ women and equalities committee has published the correspondence received from various regulators in response to its request to provide details of the steps they were taking to eradicate such harassment.

In the SRA’s response, chief executive Paul Philip said the greater publicity around the issue and publication of its warning notice on NDAs in March had led to a “steady increase” in reports to the regulator.

“When reporting to the committee in March, we noted that we had some 23 cases reported to us since November 2015.

“That figure has more than doubled and we now have over 50 ongoing cases.”

The letter also listed a series of other actions the SRA has put in motion, from a further warning notice on NDAs that it is to publish to its consultation on the threshold for reporting misconduct.

It added: “We have a dedicated in-house team which handles complaints of sexual harassment. Members of the team have undertaken specialist training in working with vulnerable witnesses and we will be rolling the training out to all staff involved in our investigation and disciplinary work.”

The BSB’s new guidance on pilot harassment support schemes will allow groups of properly trained barristers can seek permission for the requirement to report harassment directly to the regulator to be waived for six to 12 months.

It envisages the likes of the Bar Council, circuits, inns, specialist Bar associations and other Bar special interest groups setting up pilots.

It says: “The BSB is aware of concerns that the reporting requirement overall may be unhelpful in relation to dealing with allegations of sexual or other harassment, as those affected may not want to involve the regulator and may be unwilling to seek help from colleagues if they know that colleagues are under an obligation to report matters to the regulator.

“It has been suggested that facilitating ‘harm reduction’ and management of issues at a local level may be a more effective means of addressing problematic behaviour.”

A waiver would exempt individual barristers – but only if they are properly trained and participate in identified support programmes – so that they can provide advice and support to a person who may have experienced harassment.

They are not there to investigate the issues raised with them, contact the person allegedly responsible or in any way mediate or adjudicate on issues.

The programmes themselves need to be approved by the BSB too.

The guidance says that organisations whose individual advisers have been granted the waiver have to put in place anonymised records collection to share with the BSB at regular intervals “to inform our understanding of the risks and outcomes of these pilots”.

Meanwhile, updated BSB guidance has confirmed that barristers who fail to report discrimination, harassment or victimisation when it happens to them will not be sanctioned.

The BSB said the update followed a roundtable event it held in July on reducing bullying and harassment.

“At the event, we received feedback from barristers that the duty to report may prevent the Bar from offering support to those affected by these types of misconduct.”

In her letter to the women and equalities committee, BSB director-general Dr Vanessa Davies also said that its guidance on the use of NDAs was in the offing.

She wrote: “Broadly, the guidance will state that the use of NDAs is inappropriate if they seek to prevent the reporting of matters that are disclosable to regulatory or law enforcement bodies or under the Public Interest Disclosure Act.

“Further, NDAs should not be used to threaten, intimidate or deter someone from making a proper disclosure.

“The guidance will make clear that barristers engaging in such activities or failing to advise their clients appropriately may risk breaching core duties relating to honesty and integrity, public confidence in the profession, delivering a competent standard of work, and being open and co-operative with regulators.”

Dr Davies also highlighted the work the BSB is doing, some in conjunction with the Bar Council, to tackle harassment at the Bar.

Committee chair Maria Miller MP said: “We know that employers are falling down in their responsibilities to create safe working environments.

“It’s vital, therefore, that those who oversee employers and professions step up to the mark in setting expectations and taking action where sexual harassment takes place.

“The lack of focus and urgency we see in some of these responses is very concerning. It looks as though progress is being made in some areas, such as amongst the legal professions and in financial services.

“But in other sectors, such as policing and healthcare, it is clear that the Government needs to step in to force these bodies to take sexual harassment seriously.”

Last week, the Law Society’s letter to the committee outlined the steps it would be taking to tackle these issues.